President Donald Trump and the US government are neck-deep in a trade war with China. Yet US businesses and investors pushed more venture capital investment into China in 2018 than ever before. Though Trump has added tariff after tariff on the country, America’s private sector doesn’t appear to share the same urge to punish or restrict the growth of companies in China. Likewise, China’s venture capital investment into the US continues, albeit at a somewhat slower pace.

US Investments Make up 35% of all VC Money in China

According to the South China Morning Post, USD-denominated capital raised for Chinese investment burst upwards by 125% last year, compared to 2017. The figure reached $15.5 billion and formed 35% of the market. In 2017, USD-denominated investments were lower at 28.7%, according to Zero2IPO.

Hui Wang, founder of Bolian Financial, says US investors have not been “affected as much by the domestic Chinese environment” compared to even Chinese venture capitalists themselves. He says:

US venture capital has been increasing steadily.

This, even as Chinese-driven venture capital investment in China itself has fluctuated over recent years.

Crunchbase reporting confirms the trends. US venture capital investment into China has increased, and it’s greater than the flow from China into the US.

The US-China trade war and the economic slowdown in China have made it tougher for new and growing companies in China. Despite the surge in US-based VC money, the total amount of both Chinese yuan and USD-based venture capital investment into China fell in 2018 by 13% to $44.5 billion.

2018’s total US venture capital investment appears to illustrate an apathy to the US government’s stance on China. New tariffs between the countries were temporarily suspended on December 2, 2018, and trade talks need to drive a forward resolution by March 2, 2019. Investment during and after this period may change, especially with the growing feud over Huawei.

I can tell you, after the Huawei events, all the Chinese money into Silicon Valley stops. And no US money will want to invest into China either.

Min is concerned the “trade war” will become a “tech war.” 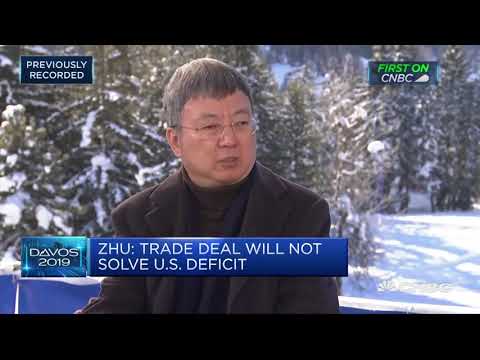 The Attraction of Chinese Unicorns and IPOs

US venture capitalists are attracted by China’s innovative $1 billion-dollar “unicorns” and Chinese startups delivering IPOs. SCMP says 132 startups with US backing went public in mainland China last year. But, a massive 264 Chinese companies with US investment also achieved their IPOs in Hong Kong.

New data from Hurun says 97 new unicorn companies emerged in China in 2018. This takes the country’s total to 186 startups valued at $1 billion or more for the year. These startups, writes SCMP, are:

Riding on a flood of enthusiastic investments from domestic and overseas venture capitalists.

The Hurun China Rich List, according to Hurun’s chief researcher Rupert Hoogewerf, has seen many wealthy Chinese leaving its ranks as China’s slowdown tightens. But:

The slowing economic pace of China will mean strategists are watching closely levels of investment and capital outflow from China. Attention is also being drawn to trends in China’s imports from Hong Kong, which could mean some of China’s wealthy are secretly removing capital from the country.

The futures of two of the world’s strongest economies and technological leaders, China and the US, are deeply intertwined. But technology and innovation often serve to cross borders despite political influence.