Destiny 2 has built a fantastic world to shoot your way through. Part of making that world feel alive is inhabiting it with creatures. It’s all well and good having beautiful areas, but a lack of wildlife makes them feel barren.

Luckily, the world of Destiny 2 has been populated with various creatures. Now someone has gone and made a nature documentary about them. As well as being downright awesome, it is just the sort of thing that other games need too.

The world of Destiny 2 can sometimes feel like a soulless place. The constant shooter-looter loop can sometimes make it hard to take in the story. Skipping the story segments to get on with shooting is pretty common in my experience.

This sort of nature documentary is just the perfect thing to make you feel more invested in the world. Rather than an infinite gun-based playground to run around in, this makes the world feel like it’s a real place.

Massive props go to the guy behind this documentary. Kimber Prime is the YouTuber behind crafting this masterpiece. He manages to give Destiny 2 an air of the BBC series Planet Earth, which isn’t easy to do with space creatures. 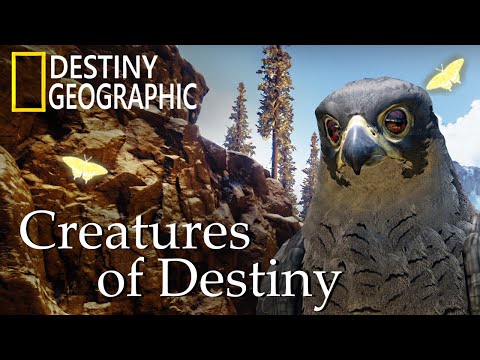 More Games Could Do With This Sort of Deep Dive

I really feel like this is a concept that could do well outside of Destiny 2. Imagine someone making this sort of documentary series about stuff like Outer Worlds. Maybe even a tongue-in-cheek version about the different zombies in Dying Light.

Maybe if we’re lucky we’ll start to see some people take this concept and run with it. The beautiful thing about video games is that you can get as much out of them as you put into them. It would be nice to see more of these types of videos made about other games.