The United States is experiencing a coronavirus explosion. How long do we have before hospitals become overwhelmed with the infected? 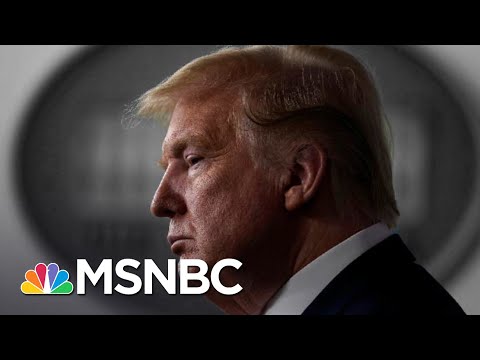 The number of confirmed coronavirus infections is skyrocketing in the United States.

On Wednesday, the total number of confirmed cases spiked 40%. By Thursday, the number has reached a staggering 11,699.

As confirmed cases continue to soar in American cities, how long will it take before U.S. healthcare infrastructure buckles under the pressure?

America’s coronavirus death rate still trails several countries in Europe and the Middle East, but if authorities don’t act fast to flatten the virus’ curve, the U.S. healthcare system could become overwhelmed. And this could lead to a high number of preventable deaths.

The United States is especially vulnerable to coronavirus due to its large population and densely packed urban centers. The novel illness has spread to all 50 states in the union and established a foothold in several major cities where the caseload is now growing by double-digits every day.

States with the biggest outbreaks are as follows:

New York reports the most coronavirus cases. But Washington state, with its death rate of 6.6%, has by far the most fatal outbreak in the country. Washington’s death rate is among the highest of any geographic area in the world.

Hubei province China, the epicenter of the outbreak, only reports a death rate of 4.62% in comparison.

According to the World Health Organization (WHO), around 20% of coronavirus patients will require hospitalization to deal with their symptoms. If the caseload rises too fast, this could quickly overwhelm healthcare infrastructure, leading to a large number of preventable deaths.

This is what is happening in Italy. The country is experiencing a huge number of preventable deaths as healthcare authorities run out of resources to treat all the patients that need help. Recent reports reveal that the country has begun to triage care.

Many patients over the age of 80 are being left to die.

The United States could also experience a triage situation if the pandemic is allowed to get bad enough in a short period.

California Governor Gavin Newsom believes up to 25.5 million Californians could contract the coronavirus over the next eight weeks. This means that up to 50% of Californians will get the virus. And at current U.S death rates that could mean over 250,000 fatalities.

If hospitals become overwhelmed and America’s death rate soars to the same levels seen in Italy, the death rate could reach into the millions.

American Hospitals May be Unable to Deal with Influx of Patients 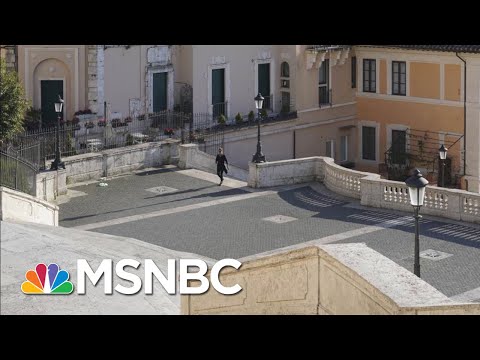 The United States doesn’t have enough ICU beds and ventilators to deal with all the coronavirus patients in the coming weeks. If this situation isn’t rectified soon, the country’s death rate could soar to levels seen in Spain and Italy.

According to Marty Makary, a surgeon at Johns Hopkins University, America is on the cusp of a coronavirus disaster.

He states the following:

The capacity in northern Italy hospitals is a preview of a movie that is about to play in the United States.

The best two indicators of what things will be like in the U.S. are the number of COVID-related deaths in Italy and the number of ICU beds.

According to an analysis by Johns Hopkins Center for Health Security, there are less than 100,000 ICU beds in the United States. This isn’t enough to accommodate the potential for millions of new infections — many of whom will require intensive care and ventilators to deal with extreme symptoms.

The Trump administration has deployed a navy medical ship to assist with the crisis in New York. Another ship is reportedly on its way to Seattle.

Governor Newsome is also requesting that the USNS Mercy Hospital Ship be deployed to the port of Los Angeles as his indebted government struggles to deal with this crisis.