While Donald Trump insists everything is fine in the United States, the Federal Reserve made an extraordinary move to implement an emergency interest rate cut and pump a colossal amount of cash into the repo market. The FOMC has almost no tools left to juice growth in the event of a stock market crash.

To put Tuesday morning’s incredible FOMC decision into context, this is the first action of this kind since the financial crisis in 2008.

The difference is that back then, the bank was responding to a structural failure in the system at large. Stock markets around the world were crashing because of toxic debt. This time, the coronavirus impact is very different. 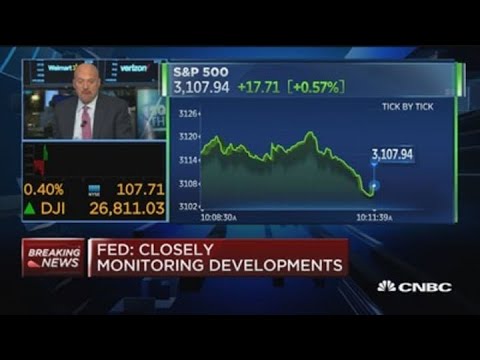 A lower interest rate won’t get people traveling again, or mend any broken Chinese supply lines. Only a slowing in the spread of COVID-19 can do that.

Central banks are by nature stabilizers in the system, and the Fed is showing the way and will be followed by others though as we have pointed out (and Blanchard) monetary policy can only do so many things.

The subdued reaction of the equity market suggests a typical buy the rumor and sell the fact, and we continue to anticipate two weeks of high volatility in the markets in what is a liquidity event and only belatedly a credit one.

That fact has not stopped Donald Trump from relentlessly bashing Jerome Powell as he continues to do his best to reassure Wall Street.

Speaking at a press conference today, the Fed chair made the following rather obvious statement:

What changed was we have seen a broader spread of the virus, we have seen it spread a bit in the United States… the effects are at a very early stage, we expect those to continue to grow. 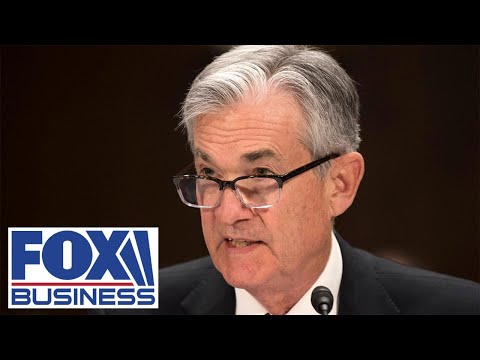 What is overwhelmingly clear is that the G7 teleconference call must have outlined to the Federal Reserve just how bad the epidemic situation is around the world.

The Reserve Bank of Australia cut interest rates on Tuesday morning citing major concerns about the coronavirus, and now the Fed has gone even further.

The FOMC is resolute in its mandate that it does not react to moves in the stock market. Instead, the U.S. central bank claims to be “data-driven.”

If we trust that Powell has preserved the Fed’s independence, the only explanation is that a terrible economic reckoning is coming. Not only did the Federal Reserve provide a rate cut, but also a massive amount of liquidity through a $120 billion repo market injection.

These are undeniably crisis-level measures from Powell. Despite this, Donald Trump still piled in on Jerome Powell, urging him to cut interest rates even more.

With these attacks, the president reveals how deeply concerned he is about last week’s stock market crash affecting his re-election bid. Unfortunately for Trump, he got his rate cut – but only because the FOMC finally acknowledged just how devastating the economic impact of the coronavirus could be.

With crisis-level stimulus and the stock market still under pressure, Powell may have just fired his last bullet.