Time is Ticking for GameStop to Figure Out Its Future

For all of the amazing businesses that the Internet has launched, it is also put a number of them out of business. We already know that Amazon is mowing its way through brick-and-mortar retail stores like machine-gun-toting survivalists in the zombie apocalypse.

The move in gaming to online experiences has put the physical store GameStop in a major pickle. Management clearly did not see this trend coming, or if it did, it ignored it. Now the chickens have come home to roost and GameStop has a very troubling future ahead of itself. 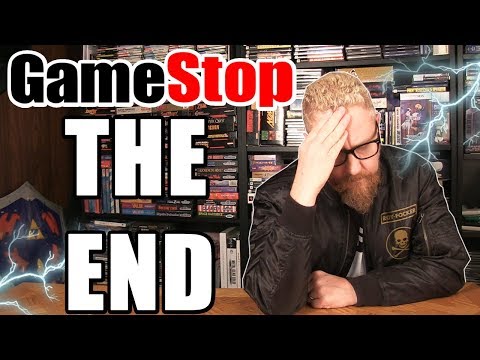 GameStop reported earnings last week, and the declines in five of its six categories were not just bad, they were apocalyptic.

Hardware sales in particular were crushed, down 41% year-over-year to $176 million. Some of this is due to the fact that the game consoles for Microsoft and Sony’s next-generation products have been delayed.

Sales and software fell 5% to $285 million, while the higher margin category of pre-own software fell a whopping 18% to $373 million. That’s a real blow to a company like GameStop, because pre-owned games have terrific margins compared to most of the other categories. They also usually account for almost a third of the company’s revenue.

Accessories fell by almost 10%, while other items fell by 8%. The one bright spot was the normally robust collectibles category, which actually rose 21% to $172 million.

Overall, it’s difficult for a company to exist for very long when year-over-year sales fall by 14% in total. The good news is that the pretax loss was only $53 million, and operating cash flow was only slightly negative.

We’re left with the question what the future may hold for GameStop.

Unlike a number of retailers who are burdened with billions of dollars in long-term debt, forcing them to rapidly shift strategy in order to avoid being taken over by the bondholders, GameStop’s balance sheet is actually in pretty good shape.

GameStop has $424 million of cash on its balance sheet, almost entirely offset by $419 million in long-term debt. The key is that phrase is “long-term” debt. Creditors are not pounding down the door.

Because GameStop isn’t burning cash hand over fist like rideshare companies or Netflix, it has ample time to figure out and execute a new strategy.

In the earnings conference call, management laid out four pillars of its new strategy to try to turn the company around.

The first pillar is something most companies in the same position would do, which is to “optimize the core business.” In other words, GameStop is going to cut overhead cost, and optimize inventory. That means they’re going to take a hard look at discounting and promotions to clear out excess titles.

It also means exiting any unprofitable segments or markets, which means store closures and laying off workers.

Also included is what management refers to as “a more comprehensive pricing architecture and end-to-end product and pricing life cycle management.”

Translated, this means GameStop wants to pay very close attention to how individual products sell, allowing them to optimize pricing depending on how long the product is been in the market.

Neither of these should surprise anyone, as most companies would do the same thing. It’s about deciding what to keep, what to throw out, and how to make the most money from the things that you choose to keep.

GameStop is also looking at maximizing opportunities in categories that the company is already selling, or that it could add, that have higher margins. The collectibles category, which has been booming at GameStop, is just such an example.

The second turnaround pillar is to do what management calls “creating a social and cultural hub of gaming within each GameStop store, online and within the digital environment.”

This is one area where GameStop could have great success if they execute properly. They have had software and hardware partners for many years, and have generated great sales for them.

The stores are also quasi-Genius Bars, in that the sales associates generally have extensive knowledge about everything having to do with gaming.

GameStop is trying an experiment in Tulsa, which they call a “live laboratory which will help us define and execute the optimum mix of high margin immersive experiential gaming content with our existing array of the video games and collectibles products.”

There’s something interesting in this concept. In the old days, us kids went to something called a “video arcade,” where we pumped quarters into video game machines for hours on end.

Gaming today is far more solitary experience since players are able to compete with each other over the Internet.

Could GameStop create a new kind of arcade or gaming experience that attracts people to their stores?

Management’s third strategic pillar is to enhance its digital offerings. This essentially means creating an updated online platform that optimizes its retail channels.

The fourth pillar for the company’s turnaround is working with their partners and vendors to muscle their way to the front of the pack in video gaming’s future. Management confesses that this is a long-term strategy, but they think they have a couple of big advantages.

The first advantage is that GameStop may be struggling, but it remains the single big brand name in retail store gaming products. No other retail outlet, whether it comes to hardware or software partners, has a better physical presence than GameStop.

Microsoft and Sony know this, and also know that physical discs are still going to be used in the next generation of consoles.

This is where GameStop’s store associates are so valuable. This is the one area where real human interaction can make a difference, in that console purchase is not cheap, and sometimes people want to talk to a knowledgeable associate before they plunk down the money.

Looking over this entire turnaround strategy, there’s nothing that should excite investors.

What GameStop really needs is a truly visionary turnaround artist or benefactor who can look at the entire gaming universe and social structure, and find a way to make GameStop more than simply relevant in that space.

It needs to become the same go-to choice in this brave new world of gaming that it was when gaming was only a physical retail business. 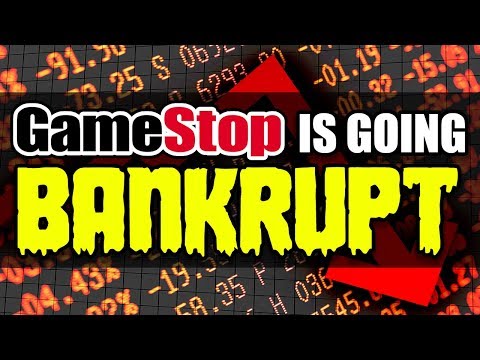 The idea of creating some kind of a physical hub for gamers is the best idea they have, but it all comes down to execution. How do you convince gamers to get off the couch and head over to GameStop? It’s going to be a real challenge.

Beyond that, GameStop needs to figure out a way to create a digital subscription model. That’s where the money is.

The company clearly has a very challenging future ahead of it. The good news is that, for the time being, the balance sheet is fairly strong.

They are going to limit capital expenditures to $95 million in the next year, but I think they should conserve cash rather than buy back stock, even at these low levels.

The question is how long the neutral cash flow situation will remain. The company forecasts withering mid-teen comparable store sale declines over the next year. That’s really going to put a squeeze on revenues and cash flow.

GameStop either ends up in bankruptcy or gets bought out.

Do Not Support Gamestop’s One Day Sale – They Don’t Deserve Our Money
April 17, 2020 No Comments

Only PS5 and the Xbox Series X Can Rescue GameStop’s Death Spiral
March 28, 2020 No Comments

GameStop Management Needs to Be Prosecuted for Trying to Profit from Coronavirus
March 22, 2020 No Comments