In a league full of superstar tandems, LeBron James and Anthony Davis are the best among them. The Lakers’ defense has been absolutely suffocating. Under first-year coach Frank Vogel, they’re executing on both ends as well as any team in basketball and, just as importantly, giving consistent effort.

But among the attributes most directly responsible for Los Angeles’ success is one less easily seen by the naked eye and conveyed by even advanced statistics. What’s the Lakers’ secret weapon? Chemistry that’s the envy of every team in the NBA.

That Los Angeles’ culture has become an objective strength is one of the most surprising developments of 2019-20. As much as the Lakers’ potential undoing was supposed to be about a lack of dynamic ball handlers behind James and sweeping positional redundancies, perhaps more concerning coming into this season was the toxic combination of personalities brought together by the front office.

Dwight Howard, playing for his fifth team in five seasons, was a corrosive laughingstock at each of his previous stops. Rajon Rondo is notoriously hard-headed, and his stubbornness seemed ever likely to rear its ugly if he was forced to fight for playing time. JaVale McGee has a long history of immaturity and insubordination, including last season when he, Lance Stephenson, and Michael Beasley nearly came to blows with Luke Walton.

Those volatile players in the same locker room as James, playing under an extra harsh spotlight reserved for him and basketball’s glamour franchise, seemed a recipe for disaster. It’s not like James nipped his passive aggressive tendencies in the bud during his debut campaign with the Lakers, either. 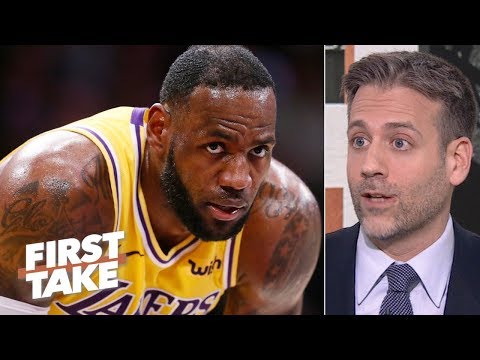 But instead of its oddball roster of veterans proving destructive, that dynamic has helped Los Angeles coalesce more seamlessly than anyone anticipated. It started with a preseason focus on defense and overall accountability. As Anthony Davis told it, he wouldn’t be afraid to challenge James and other veterans if they started slacking defensively.

That commitment has extended to the team at large over the first two months of the regular season, including when Avery Bradley went out with injury and Vogel “challenged” his team to replicate the dogged defender’s effort and intensity.

.@AntDavis23 with @LakersReporter on finding his rhythm offensively and the #Lakers' continued focus on playing hard team defense. pic.twitter.com/myZo4Nwd2q

McGee and Howard have blown away expectations as the Lakers’ two-headed option at center. Even so, it’s striking that a player of McGee’s occasionally laissez-faire approach now hypes up a team featuring James and Davis in the pregame huddle.

Intricate handshakes have been a hallmark of teams led by James dating back to his first stint with the Cleveland Cavaliers. Los Angeles has taken the importance of that team-building exercise up a notch this season, as evidenced by James and Davis refusing to leave the floor after games until the other is finished with media responsibilities.

Danny Green and Alex Caruso even came up with a handshake based on the fact they’ve been randomly drug tested multiple times this season.

They came up with a special handshake bc of it.
(via u/shanmustafa) pic.twitter.com/vEA61yxeoO

Green was a teammate of James with the Cavaliers in 2009-10, but his formative NBA years came with the always close-knit San Antonio Spurs. Even a product of that environment, though, is thoroughly impressed by the Lakers’ chemistry. Green said, per Heavy’s Brandon Robinson:

Our locker room and off the court chemistry is probably an A or an A-plus.

The scariest part for the rest of the league? Los Angeles is still in its infancy. This team, thrown together on the fly after the franchise-changing trade for Davis, inevitably has room to grow both on and off the floor.

And once they do, the Lakers will be even more dominant than they are right now – and loving every minute of it.