Julian Edelman has gone on the record stating that he would like Rob Gronkowski to make a comeback for the New England Patriots this season. In a thinly veiled jab at the absence of Antonio Brown, Edelman’s moaning about the Patriots’ lack of depth on offense best explains Tom Brady’s AB antics on social media.

Here is what Julian Edelman said in an interview on the Greg Hill Show on the possibility of Gronk’s unlikely return from retirement,

It was just a few weeks ago that everything was looking rosy for the New England Patriots’ offense, even if there was no Antonio Brown. Now, stricken by injuries and a running game that has failed to provide the balance that their thin receiving corps needs, Julian Edelman is apparently so desperate he would take a 240 pound retired Rob Gronkowski. Josh Gordon is battling “multiple ailments,” while Phillip Dorsett and Rex Burkhead are both being limited in practice ahead of Sunday’s clash with the New York Jets.

It’s not much of a vote of confidence in the rest of New England’s young offense that Julian Edelman is pining for Gronk. The tight end was hit and miss at best last season, although an aging Ben Watson is still a downgrade from most incarnations of the Patriots’ former force of nature. It’s hard for Edelman not be wistful when you consider he got to suit up alongside all-time great Antonio Brown for one game.

The XFL provided an amusing interjection to this whole saga, with a no-regrets take that clashes with the Patriots’ AB related melancholy.

Antonio Brown was not part of our draft today.

It’s clear that Tom Brady is also longing for Brown to resolve his myriad of issues with the NFL. The New England quarterback is also desperate for AB to be a Patriot again, after getting a taste of what the former Steeler can do out wide. A series of telling moves on social media shows that Brady is still keen to show support for Antonio Brown. A determined effort to avoid criticizing AB in public is further evidence of the six-time super bowl champs’ fever dream that the receiver might one day return to Foxborough and not end up elsewhere in the unlikely event he is cleared by the NFL. 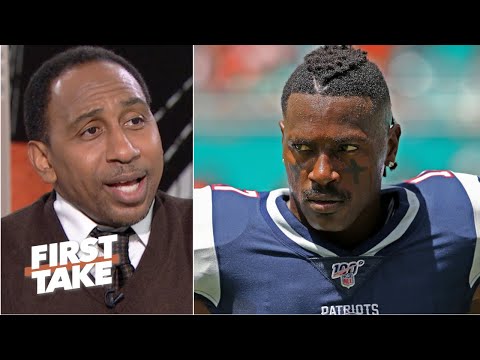 Unfortunately for both Julian Edelman and Tom Brady, they are not going to get Rob Gronkowski or Antonio Brown. They will instead need to be focused on a resurgent Sam Darnold-led New York Jets this weekend and encouraging the supporting cast they do have.

If Sony Michel could start performing, there wouldn’t be so much strain on Brady to make passing play after play. Unfortunately for fans of New England’s offense, there are only so many times you can hit James White on a route over 60 minutes.