After last week’s surprisingly good jobs report drove bond yields higher, it looked like mortgage rates had officially bottomed out. Then rates suddenly reversed course on Thursday and dove below 3% for the first time ever. But the housing market needs more than low mortgage rates to sustain a recovery that has gotten ahead of itself.

Why Mortgage Rates Fell Below 3% for the First Time Ever

According to Mortgage News Daily, the average rate on the popular 30-year fixed-rate mortgage fell to 2.94% on Thursday.

It’s the first time the average rate has ever fallen below 3%, and some lenders quoted higher-tier borrowers rates as low as 2.75%. 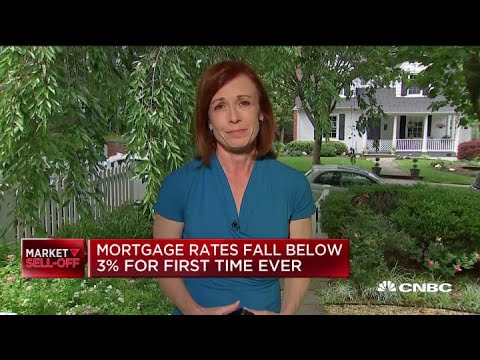 But mortgage rates weren’t the only thing plunging on Thursday. The Dow Jones crashed by nearly 7%.

Investors who had been tempted by the aggressive equities rally rushed back to the safety of bonds, lowering yields across the board. (Mortgage rates typically follow the yield on the benchmark 10-year Treasury bond.)

And they may stay there.

Federal Reserve Chair Jerome Powell said this week that unemployment will remain high for years and that the road to recovery will be long. The Fed has committed to keeping short-term rates low for a long time, which should help keep anchor long-term rates like mortgages to some extent.

These low rates have fueled a sharp rebound in the housing market, particularly for homebuilders.

According to the Mortgage Bankers Association, mortgage applications to buy a home rose 13% annually last week. Home prices have returned to their pre-pandemic pace, and properties are spending slightly less time on the market than last week.

While this increased housing market activity is encouraging, record-low mortgage rates won’t save it from a crisis.

After all, low rates don’t help much if you can’t get a mortgage or don’t have enough money to buy a home.

Under the current economic environment, low rates are having very little impact due to depleted mortgage availability and a decline in savings, which are putting potential buyers on the sidelines, unfortunately, just as mortgage rates are making homes more affordable.

To buy a house, Americans need to have access to mortgage credit. But it’s getting more challenging to get a mortgage because lending standards are (still) tightening.

According to an MBA survey, mortgage credit availability fell to its lowest level in nearly six years last month.

Lenders might ask for higher income, better credit scores, and higher down payments before underwriting a mortgage loan.

JPMorgan currently requires borrowers to make a down payment of at least 20% and to have a minimum credit score of 700. 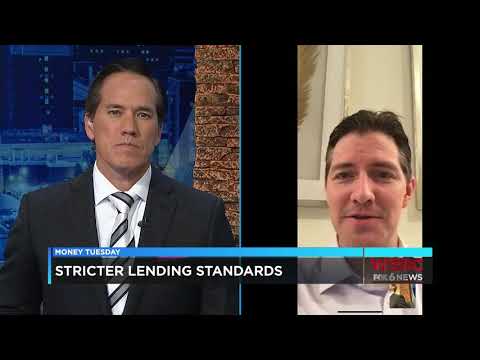 As millions of Americans have lost their jobs and many won’t get them back, they won’t be able to buy a house. And the people who managed to keep their job may face a pay cut, making it harder to make ends meet. With less money to spend, many Americans won’t be able to afford a house.

Stricter lending criteria are hitting millennials especially hard. Young people are burdened by debt. Plus, they don’t have much savings.

They’re the biggest spending cohort in the U.S. today, and I think the risk there is that they don’t spend as aggressively on big-ticket items as we did (Gen Xrs). Even though we were relatively scarred graduating in the 1990s, we still spent a lot more money and we’ve been big spenders.

That presents a long-term threat to the housing market. If millennials aren’t able to afford a home, who will buy from aging baby boomers looking to downsize?

And that’s just one piece of the puzzle. If the economic recovery takes longer than expected and Americans become short on funds, they could grow desperate and decide to sell their houses to free up cash. But they might have trouble finding buyers – no matter how low mortgage rates get.