Meghan Markle is the ultimate modern feminist. Which means she’s short on action and big on preaching. She’s a hypocrite, plain and simple.

Meghan Markle loves to position herself as the Queen of Woke, and naturally, that means, as a female, she has to be a feminist.

Of course, today, being a feminist is more about telling people you’re a feminist than actually doing the work.

Ironically, Meghan Markle is the exact opposite of a feminist if you study her actions rather than listening to her words.

According to a royal analyst speaking to the Express:

The Duchess of Sussex, who has a history of speaking out about women’s empowerment, was not happy about “old-fashioned rules and regulations – like wearing dresses below the knee.

She is also, according to another source, looking to raise Archie outwith royal protocol:

The Duke and Duchess of Sussex are raising their young son Archie in their footsteps. This will mean he will not follow royal protocol, especially the sexist traditions.

Before we go any further, I’ll happily admit that there are parts of royal protocol I wouldn’t mind seeing updated.

However, that isn’t my issue with Meghan’s supposed beliefs. I agree with her that the royal family, in many ways, does need to modernize.

My issue with Meghan Markle is that she knew fine well what she was marrying into.

It seems that some people aren’t able to understand that no one forced Meghan Markle to marry into the royal family and accept the title she was given.

She wasn’t walking into a situation as Kate Middleton faced. Meghan’s husband is nowhere near the throne in reality, so Meghan was under no real obligation to become a full-time working royal.

I daresay she could have married Prince Harry, refused any of the titles and perks of royal life, and continued as an independent woman.

But she didn’t. And that’s where the problems lie. 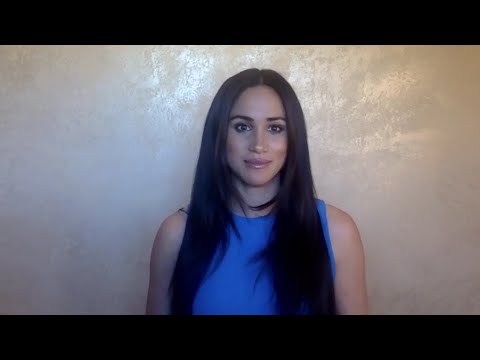 Meghan wants to have her cake and eat it too

The problem with Meghan Markle is that she honestly believes she should be exempt from the rules that most people have to follow.

If you don’t wish to be held accountable to the traditions and rules of royal life, don’t be a working royal.

A real feminist would have seen the supposed outdated and “sexist” aspects of royal life and immediately declined to be part of it.

A real feminist would never have accepted a royal title, thus becoming part of the problem.

But, Meghan Markle isn’t a real feminist. She can’t be when you dismiss what she spouts on her video calls and look at her actions over the years.

The truth is, Meghan Markle isn’t a feminist. It’s that simple

I’ve said it many times already, but Meghan Markle isn’t a feminist. Her actions don’t back up her words.

Her preaching at the virtual Girl Up summit was nothing short of an embarrassment.

During the call, she claimed:

Women have always historically gotten a lot of ‘that’s not how it’s done,’ ‘yeah, that’s a good idea, but we’re going to do this instead. But when do we hear that as women? We hear that in the moments that we challenge the norms.

Sorry Meghan, but that kind of approach applies when you’re trying to break through societal barriers to the benefit of all women.

Not when you’re trying to change protocols within a wealthy family that you married into for money so that you can further exploit your position as a privileged individual for even more financial gain.

That anyone would consider you a role model for young women is ridiculous, especially when there are so many unheard and unseen true feminists out there.

Women who didn’t marry and date strategically for their own benefit. Women who deal in actions, not words.

If Meghan wants to be a true feminist, she could try these steps

There are a few steps Meghan Markle can take if she wants anyone to take her halfway seriously as a feminist.

Drop your royal titles and renounce your ties to the royal family. You seem to harbor a real dislike towards what the British monarchy represents, so it shouldn’t be a problem for you if you have the kind of principles you love to talk about in your speeches.

Also, pay back the British taxpayers the $43 million that the royal family paid for your wedding.

At that point, you can claim to be a woman of empowerment and self-determination.

Until then, you’re just another part of the problem cashing in on the work and deeds of real feminists while living the life of a woman who relies on aristocratic men and a wealthy establishment to pay your way for you.

Aubrey Hansen
I'm a full-time royal & entertainment commentator at CCN. I've had my opinions and links to my work on the royal family featured by outlets such as The Daily Mail, International Business Times, and The Express. Reach me at aubrey.hansen@ccn.com, visit my LinkedIn profile here or my Twitter profile here.
Subscribe
36 Comments
Most Voted
Newest Oldest
Inline Feedbacks
View all comments
← PreviousHarry Potter Fanatic Zayn Malik Gets the Ridiculous ‘Ship’ Treatment
Next →Meghan Markle & Prince Harry Epitomise Fake It ’Til You Make It!