Thursday night’s game between the Kansas City Chiefs and Denver Broncos was not one many were looking forward to just a couple of weeks ago. But the Chiefs were undefeated a couple of weeks ago and the Broncos winless. Fast forward two weeks, and that is no longer the case. Now, a game that looked like it was going to be just another notch on Kansas City’s belt could have significant implications for both teams.

What Is Going on With the Chiefs?

Kansas City appeared to be picking up where they left off last year when the season started. Patrick Mahomes and the offense looked great as they destroyed the secondaries for the Jaguars, Raiders, and Ravens. While the Lions gave them a scare in Week Four, they did what great teams do. They found a way to win.

But then it happened in Week Five against the Indianapolis Colts.

Someone figured out how to beat them and had the personnel to get the job done—and they did. To make matters worse, the Houston Texans were able to apply the same general game plan a week later. Now, instead of flying into Denver with a 6-0 record, they are limping to the Mile-High City riding a two-game losing streak.

However, stopping the slide is not going to be easy.

Much like last season, they can’t stop the run (161.8 yards/game allowed this season; averaged 132.1 yards a game last season). Because of that, the Chiefs offense ranks 30th in the NFL in time of possession (26:41).

As great as Patrick Mahomes is, even he can’t score points when he isn’t on the field. Against the Colts and Texans, he wasn’t on the field much at all (22:45 and 20:12). If the Broncos defense can live up to its reputation and Philip Lindsay can get going, he will not see the field much tonight either. 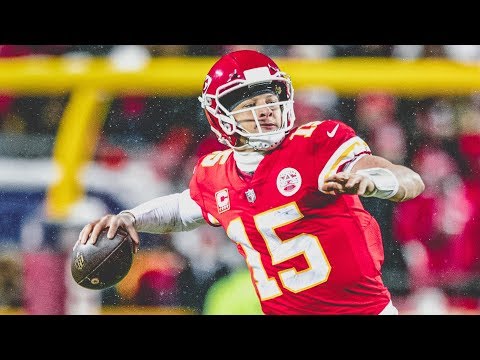 Are the Broncos Better Than Their Record?

Denver looks like a better team now that they have won a couple of games. But they are still not viewed as a very good team. Yes, their defense is only allowing 17.7 points a game. However, with an offense that averages only 17.7 points a contest, it can be hard to win games.

But in their defense, they had a lot to get used to this season. Head coach Vic Fangio is in his first season as are both coordinators, Rich Scangarello (offensive) and Ed Donatell (defensive). It is also Joe Flacco’s first season in Denver after spending his entire career in Baltimore with the Ravens.

New parts take time to come together. If the last two weeks (both wins) are any indication, they might finally be doing so for the Broncos. Flacco and the passing game are still a work in progress. But the run game has stepped up (191 and 103 total yards the last two weeks), as has the defense.

Which, of course, is precisely what they need to beat the Chiefs.

Kansas City has dominated the rivalry in recent years, winning the last seven games. But the last three were hard-fought, competitive games decided by just a touchdown or less. Tonight’s game will likely be no different, especially with the stakes being as high as they are.

Another loss by the Chiefs would open the door for the Raiders to take over first place in the division. A win for the Broncos will put them right back in the thick of playoff conversations.

If the Broncos can run the ball as the Colts and Texans did, the Chiefs could be in trouble. But if they can’t, look for the Chiefs to remind the world just how good they can be.