Joel Embiid could have easily succumbed to the discomfort and risk of a painful finger injury Monday night. Instead, after suffering a dislocated finger that nearly made Ben Simmons throw up, the Philadelphia 76ers star returned to action to help his team to a hard-fought win over the surging Oklahoma City Thunder.

In the post-game locker room, Embiid expressed a desire to play on Thursday against the rival Boston Celtics irrespective of his pain threshold. That’s a commendable approach for a player who’s dealt with major and nagging injuries throughout his career, especially amid the Sixers’ recent struggles.

Even more beneficial for Philadelphia, though, would be Embiid stoically fighting through the Sixers’ ongoing trials and tribulations without fanning the public fire.

Embiid made a concerted effort coming into 2019-20 to tone down his fun-loving, trash-talking antics both on and off the floor. He became an overnight celebrity during his rookie campaign for his engaging in-game persona as much as his unfiltered social media activity.

Entering the fourth season of his career following a heartbreaking exit in last year’s playoffs, though, Embiid stressed that it was time to mature.

But just six weeks into the regular season, he was already walking back that change in approach. Embiid, he said Dec. 10, wasn’t “having fun” on the court as a result of his pointed effort to tone down his unbridled, brash enthusiasm, and vowed to get back to his natural ways going forward.

The 25-year-old has indeed been a more vocal, cocky, antagonistic presence ever since – when things have gone well for Philadelphia, that is. But as the rebuilt Sixers continue underperforming expectations, Embiid has proven unable to keep the focus away from himself and on his team’s big-picture goal of a championship.

Last Friday, after road defeat to the Houston Rockets sent Philadelphia to its fourth straight loss, Embiid invoked the “toll” losing was taking on him personally.

Meanwhile, Ben Simmons emphasized the Sixers’ need to avoid being “too distant from each other.”

Al Horford said last week that he hasn’t “been able to find my rhythm” in Philadelphia. Still, rather than putting the onus on his new teammates and coaches to make him more comfortable, Horford circled back to “trying to do everything I can to help us win.”

Philly’s ‘Crown Jewel’ Must Be A Leader

Embiid, by contrast, has rarely struck a tone that prioritizes the interests of his team.

In December 2018, he publicly complained about the coaching staff encouraging him to launch three-pointers to help generate the spacing needed for the Sixers to thrive in the halfcourt. When Simmons, Horford, and Tobias Harris echoed Josh Richardson’s pointed comments last week about a lack of locker-room accountability, Embiid was the only marquee player to disagree. 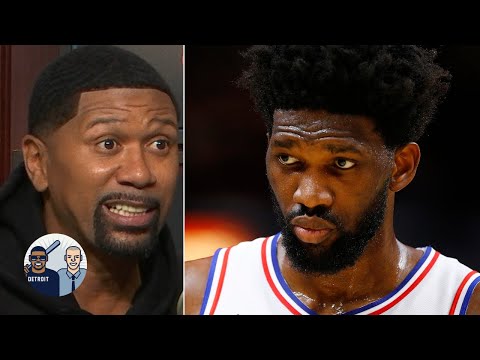 Brett Brown frequently refers to Embiid as Philadelphia’s “crown jewel” – the driving force behind his team’s two-way success and ability to reach its peak. But Embiid isn’t LeBron James or Giannis Antetokounmpo. He inherently lacks the positional and stylistic versatility of other MVP-caliber players due to his sheer size.

As a result, it’s all the more important that Embiid frames the Sixers’ struggles through the lens of his team instead of himself. His teammates will always be asked to adjust more to Embiid than the other way around.

Selfless leadership is paramount to teams with title aspirations. And as Philadelphia’s best player, it’s on Embiid to do a better job of employing it.