The Philadelphia 76ers’ blowout victory over the Milwaukee Bucks on Christmas was supposed to render their early-season struggles moot.

No one expected Philadelphia to compete with Milwaukee for the top record in the Eastern Conference. Preseason optimism driving the Sixers’ title hopes revolved around their perceived ability to better match up with the Bucks and other quality teams under the playoff microscope. 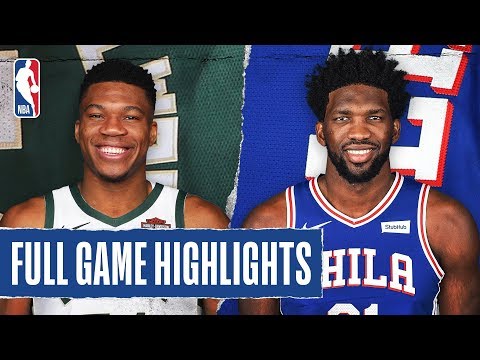 Philadelphia forcefully proved on Christmas that perception holds weight. But three games later, the league’s most head-scratching title contender has already reached a new nadir – and might even be sending signals that a change is needed on the sidelines to save its season.

The Sixers enter Friday night’s nationally-televised bout with the Houston Rockets on a three-game losing streak. They came one basket short of comeback victories over the Orlando Magic and Miami Heat on a road back-to-back, then were dominated by the Indiana Pacers on New Year’s Eve 48 hours later.

Moments after Philadelphia’s 115-97 loss to Indiana, Josh Richardson, acquired in the July trade for Jimmy Butler, hardly minced words when assessing the source of his new team’s inconsistency.

Ben Simmons agreed. Tobias Harris, meanwhile, echoed those comments and alluded to the point he made following the loss to Orlando about the Sixers playing to their level of competition.

“One game after another, obviously we need to build consistency — that’s the big thing,” he said, per Noah Levick of NBC Sports Philadelphia. “But I think as an individual, 1-on-1, man to man, we need to look ourselves in the eye and come to the table on what we can individually do better, and bring that as a collective group.”

Al Horford, lauded for leadership at every stop of his career, lamented Philadelphia’s penchant for waning focus and sense of urgency.

Sixers coach Brett Brown was just as direct as his players. Publicly calling out Philadelphia’s lack of competitiveness, he said the loss to Indiana was “very disappointing.”

Is Sixers Coach Brett Brown Back on the Hot Seat?

Brown is used to being subject to rumors about job security. His six-season stint with the Sixers has been marked by ceaseless controversy, attention, and turnover.

Brown has made it through multiple high-profile regime changes in the front office. He was retained last May after Philadelphia lost a seven-game playoff series to the Toronto Raptors, too, despite The New York Times’ Marc Stein reporting the Sixers needed to make the NBA Finals for Brown to keep his job.

But such pointed, public rhetoric from marquee players about Philadelphia underperforming marks a new chapter in Brown’s saga as Sixers coach.

Could Richardson, Simmons, Harris, and Horford be sending an implicit message to general manager Elton Brand about Brown losing the confidence of his roster? There’s no clear indication that’s the case. But dismissing that possibility ignores the context of Philadelphia failing to live up to expectations on the court, and growing increasingly frustrated off of it.

It was less than a month ago that Joel Embiid copped to an existential crisis that he says left him without the joy needed to play at a high level. Simmons still hasn’t heeded Brown’s early December edict of taking at least one three-pointer per game.

Maybe Brown’s voice has grown forever stale in the Sixers’ locker room? If so, it’s incumbent on Brand to make a change as soon as possible.

Philadelphia, flawed as its roster is, clearly has the talent to win a championship. In 2016, the Cleveland Cavaliers won the title five months after replacing David Blatt with Tyronn Lue. A midseason coaching change doesn’t necessarily doom a team’s championship hopes.

Keep an extra close eye on the Sixers going forward. If their struggles persist, don’t be surprised if Brown’s seat grows hot enough that he finally parts ways with Philadelphia.