The Federal Reserve’s ongoing repo-mania has breathed new life into the U.S. stock market, instilling a can’t-fail attitude in the mind of investors who have seen their asset values levitate on an almost daily basis.

Fed Chair Jerome Powell doesn’t seem all too concerned about the excess spilling over into the stock market. But a closer look at a meeting transcript from 2012 reveals the Fed boss knows exactly what he’s doing – and the dangers that central-bank meddling poses to the stock market.

Powell Admitted the Obvious Long Before He Became Fed Chief

As ZeroHedge brilliantly pointed out on Wednesday, Powell knows what a ballooning balance sheet means for stocks and the economy.

In October 2012, less than a year after he was nominated to the Federal Reserve Board of Governors, Powell expressed deep concern about quantitative easing. He rightly noted at the time that markets were growing accustomed to Fed intervention and there would be no way to put on the brakes without disrupting the post-crisis recovery.

I have concerns about more purchases. As others have pointed out, the dealer community is now assuming close to a $4 trillion balance sheet and purchases through the first quarter of 2014. I admit that is a much stronger reaction than I anticipated, and I am uncomfortable with it for a couple of reasons.

First, the question, why stop at $4 trillion? The market in most cases will cheer us for doing more. It will never be enough for the market. Our models will always tell us that we are helping the economy, and I will probably always feel that those benefits are overestimated. And we will be able to tell ourselves that market function is not impaired and that inflation expectations are under control. What is to stop us, other than much faster economic growth, which it is probably not in our power to produce?

The Fed would eventually phase out its third leg of quantitative easing in October 2014 before gradually raising interest rates between 2015 and 2018. The final rate hike in December 2018 proved too much for the market to handle, sending stocks reeling into bear territory. That marked the beginning of the Fed’s pivot back to accommodation and its eventual capitulation in July 2019.

After a brief dip, the Fed’s balance sheet is rising again amid a series of ongoing repo operations. Total assets on the Fed’s books now amount to $4.15 trillion, according to the latest figures. There’s nothing stopping that number from going up.

The Fed Is Fueling a Dangerous Stock Market Bubble 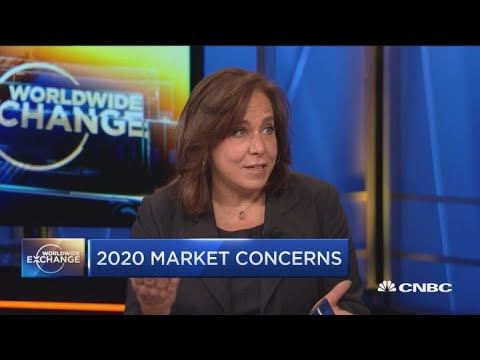 The central bank’s balance sheet has expanded more than 10% since September when so-called ’emergency’ repo operations were needed to shore up the financial system. Last month, the Fed announced its largest series of repo operations ever, a clear signal that the problem wasn’t going away anytime soon.

With the Fed pumping hundreds of billions of dollars into the financial system, a lot of that money has made its way to stocks. It’s no surprise that the S&P 500 and the Fed’s balance sheet have grown at a near-identical pace since September.

The valuation bubble is extending to other corners of the market as investors park their money in financial assets rather than funnel it into the real economy. WeWork’s insane IPO offering was just one example of this phenomenon. The IPO was pitched at staggering $47 billion despite being “almost worthless.” Thankfully, it was later abandoned.

How It Could Come Crashing Down

The Fed’s pursuit of inflation was at the heart of its policy shift last July when it slashed interest rates for the first time since the financial crisis. Apparently for policymakers, inflation isn’t rising fast enough. They arrive at that conclusion using manipulated measures of price growth like the core personal consumption expenditure index and the consumer price index.

Both numbers show extreme bifurcation between the real economy and the financial system. Excessive money printing tends to create deflation as banks hoard cash and prevent it from trickling down into the real economy. But actual inflation – the type experienced by average citizens – runs higher than what’s actually reported by the Labor Department. It’s just one of the reasons why real wage growth has stagnated for decades. 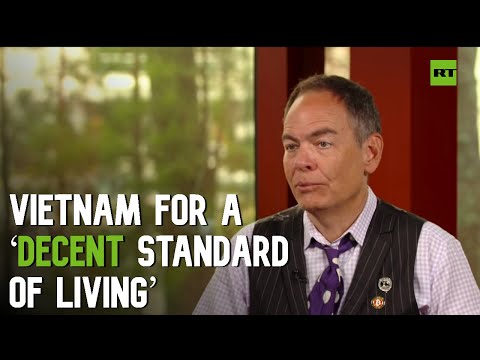 This bifurcation was recently explained by Ray Dalio, the co-chairman of Bridgewater Associates. In an article on LinkedIn, Dalio said central banks push free money onto financial institutions in a desperate attempt to boost inflation and growth.

Financial institutions have “an enormous amount of money to invest that has been, and continues to be, pushed on them by central banks that are buying financial assets in their futile attempts to push economic activity and inflation up,” Dalio said.

The reason that this money that is being pushed on investors isn’t pushing growth and inflation much higher is that the investors who are getting it want to invest it rather than spend it.

In Dalio’s view, money printing is an unsustainable form of stimulus and can no longer be prescribed like it was in 2008. It has not only created a bigger wealth gap between financial elites and the rest of the world, it has inflated a stock market bubble that has exceeded any other in history.

Unfortunately for the Fed, there’s no way to eject itself from the monstrosity it created in 2008 when it first unleashed QE. For many investors, the Fed’s actions in 2019 were evidence of systemic failure in the financial system.

Asset values won’t be able to maintain their trajectory for much longer in the face of slowing economic growth and dismal corporate earnings. Powell knew this back in 2012, but he’s unlikely to acknowledge it now that his optics (and position) have changed.