The price of gold rallied on Wednesday after two measures of inflation rose faster than expected in November, offering another value driver for the precious metal.

Demand for precious metals firmed on Wednesday as stocks drifted between narrow gains and losses. Gold for February settlement rallied $10.50, or 0.7%, to $1,478.60 a troy ounce on the Comex division of the New York Mercantile Exchange. It was bullion’s highest level in about six days.

Metals have stabilized this week after experiencing a sudden flash crash on Friday. Gold wiped out an entire week’s worth of gains after impressive U.S. jobs numbers triggered a 300-point rally in the Dow Jones Industrial Average.

So-called core inflation, which strips away volatile goods such as food and energy, increased 0.2% on month and 2.3% year-over-year.

As CCN.com reported in October, real interest rates – i.e., the difference between nominal rates and inflation – are the primary catalyst behind gold’s bull market. At 2.3% annually, core inflation is trending well above the yield on 10-year U.S. Treasurys. The Treasury yield curve is the first mover of domestic interest rates and plays an instrumental role in setting global interest rates.

The benchmark 10-year Treasury yield fell by about 3 basis points to 1.805% on Wednesday, according to CNBC data. 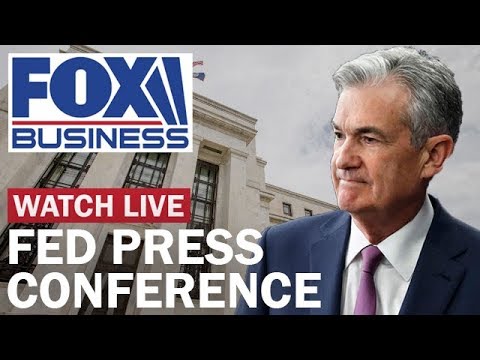 Members of the Federal Open Market Committee (FOMC) judged that,

The Fed’s policy statement flagged ongoing troubles with tame inflation, which means interest rates need to remain lower for longer. Ironically, the Fed’s policies have been blamed for deflation as lower interest rates allow banks to hoard money more easily. That money doesn’t seem to be flowing into the real economy.

Officials on Wednesday issued new projections that assume interest rates are low enough to stimulate growth in 2020 and beyond. Under those assumptions, the Fed believes it can keep rates steady throughout 2020 before raising rates once or twice after that.

The U.S. central bank is notoriously bad at predicting the future. Case in point: This time last year, the Fed had completed its fourth rate hike of 2018 and was looking ahead to more upward adjustments in 2019. The central bank capitulated a month later by walking back guidance on monetary policy before eventually slashing rates in July for the first time since the financial crisis.