The Dow waded cautiously through a mire of trade war fears on Wednesday. Investors betrayed a reluctance to catalyze any substantial momentum shifts without a firm conviction about where the US-China trade war is headed next.

Wall Street’s three primary stock indices all headed toward a quiet session, though only the Dow Jones Industrial Average slipped into decline. Shortly after the opening bell, the Dow had lost 66.8 points or 0.24% to settle at 27,814.92.

The Dow and broader stock market remain on edge ahead of President Donald Trump’s decision on whether to follow through with tariff hikes on around $160 billion worth of Chinese goods.

Bloomberg reports that Trump is expected to meet with his trade team by Thursday, and an announcement should follow. But one strategist says it’s obvious what route the White House will take.

But here’s the secret: It won’t end up being much of a deal at all. Rather, the “agreement” will be an extension of longstanding White House rhetoric on negotiations being in the “final throes.”

“They’re going to come out and say ‘we’ve got a deal … we’re working on tweaking, fine-tuning it. But, to show good faith, we’re not going to impose these tariffs.’ And then the markets will rally,” Polcari said.

Nevertheless, it will be an excuse for Trump to delay the new round of Dow-crushing tariffs while saving face, and that’s a compromise stock market bulls will heartily accept.

Elsewhere, the Federal Reserve will release its policy statement this afternoon, and for the first time in months, the central bank is not expected to pump the Dow with another interest rate cut.

The Fed believes the economy is moving in a good direction, as underlined by last week’s blowout jobs report and this morning’s stable consumer inflation reading.

According to the Labor Department, US consumer prices rose 0.3% in November, slightly above the consensus estimate of 0.2%. Core CPI rose 0.2%, which was right in line with forecasts. 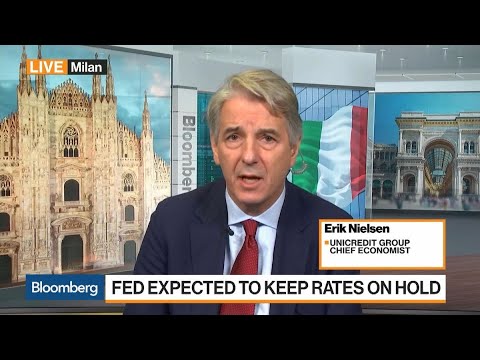 Still, investors should pay attention to the Fed’s famous “dot plot,” which charts where FOMC voters see interest rates moving in the future.

“A simple signal from the Fed that it intends to lay low should be enough to support risk sentiment. The biggest risk probably comes from an accidental signal to change policy from the dot plot,” wrote Jasper Lawler, head of research at London Capital Group, in a Wednesday research report.

Right now, markets expect one more interest rate in 2020, though ING’s economists have predicted the Fed will deliver two before the end of June.