Doug Flutie’s Maximum Football 2019? You’ve probably never heard of it. This brand new college football sim released yesterday for PlayStation 4 and Xbox One, and the reaction has been, well, interesting to put it mildly.

Within the sporting genre, American football games are dominated by one behemoth of a series, EA’s long-running Madden NFL, the latest of which released back in August. It breathes down the neck of any potential contender, reminding them that there’s no chance in hell they can rival with the might of a lucrative NFL license and player likenesses.

In what appears like an impenetrable formula for a monopoly of the football genre that guarantees year-on-year sales, there’s one glaring omission from Madden – college football.

EA was once the proud beneficiary of a signed and sealed license from the NCAA, fueling a two-decade run of yearly releases, each one boasting the latest rosters and player stats.

A bitter dispute saw the NCAA refuse to renew the contract in July 2014 citing an ongoing legal tussle linked to player likeness. Although the Collegiate Licensing Company, the body in charge of school and conference rights, was willing to extend its deal with EA, the NCAA Football franchise stopped dead in its tracks following the release of NCAA Football 14. 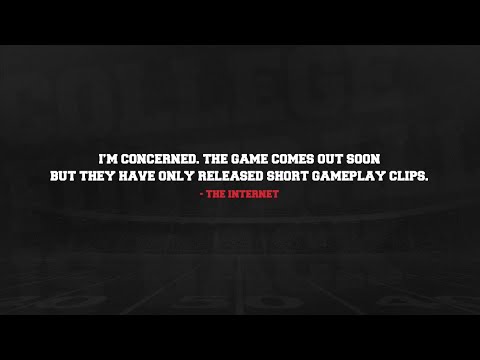 That’s where Doug Flutie’s Maximum Football 2019 steps in to fill the void. There’s no license or semblance of a deal with the NCAA and CLC or any hint of the game being at all official. The Cincinnati Bearcats become the Cincinnati Pandas. It’s all a bit slapdash and rough around the edges, and the Internet has noticed.

As for the game play, let’s say it doesn’t quite match the depth or scope of Madden, not to speak of the catalog of glitches and bugs, as these Internet denizens point out:

While the game is getting traction with NCAA Football 14 fans eager for something fresh, overall takes on Doug Flutie’s Maximum Football 2019 don’t paint the most flattering of portraits:

Doug Flutie’s Maximum Football 2019 is developed by Canucks Play, a three-person independent team working out of a few cubicles in an incubator in Peterborough, Ontario, Canada.

With that in mind, the criticism takes on a different slant, and the game itself is nothing short of a feat, not speak of the finesse needed to land a nifty little deal with Doug Flutie.

There are plans for Maximum Football to be a yearly series much like Madden, and the team is hard at work taking on player feedback and updating the game accordingly.

Doug Flutie’s Maximum Football 2019 is far from perfect, but its humble ambitions and its desire to plug the gap left by NCAA Football‘s premature disappearance might turn out to be the start of a franchise that could take a swing at Madden’s dominance in the years ahead. Stranger things have happened.