BioWare suffered another blow with the departure of its next big title's lead producer, Fernando Melo. Maybe they should part ways with EA. | Photo by Matt Sayles/Invision for Microsoft/AP Images

By CCN.com: Fernando Melo, the lead producer on the upcoming Dragon Age title, is leaving BioWare. This is especially shocking as it’s happening a mere three days after the news that Ben Irving, Anthem’s lead producer, departed the company. BioWare has been going downhill ever since it was acquired by Electronic Arts. Maybe BioWare should consider parting ways with EA, much like Bungie did with Activision early this year.

Fernando stated on Twitter that he’s going on his own account to focus on new projects and to figure out the next step in his career.

Tonight I got to write my name up at our local pub, alongside many other amazing peers over the years, and it reminded me of a lot of folks no longer here that I miss dearly. pic.twitter.com/MFQELPM2jr

Melo closed by emotionally mentioning how he misses many of his colleagues who are no longer at BioWare. That’s a hint at the poor state the company’s in if we’ve seen one. We still don’t know who the new lead producer for the Dragon Age title is going to be. Apparently, Melo had enough:

“To be clear, this is my own decision. I’ve been wanting to take some time to disconnect and explore a couple ideas for next chapter in my career. So what’s next … well, watch this space.”

It’s been a rough few years for BioWare

After Mass Effect Andromeda’s panning by critics and gamers alike in 2017, players saw a possible comeback for BioWare in Anthem. Shown shortly after the release of Andromeda, Anthem looked great. Unfortunately, most of what players had seen in the presentation was a build made just for show and never meant to be the final product. When released, Anthem was yet another massive disappointment, one the company has been trying to fix since release. The news of its producer’s departure is an indication that it’s probably not going to happen. At this point, Dragon Age might be the company’s last hope.

Dragon Age, the make-it or break-it for BioWare and it doesn’t look good

Mass Effect 3 disappointed fans in 2012 with its weak conclusion to the trilogy. Luckily, BioWare managed the flame back with the poorly titled Dragon Age  Inquisition. That’s the last time BioWare made an acclaimed game. And that was in 2014. BioWare is once again trying to get back on top with Dragon Age: The Dread Wolf Rises. 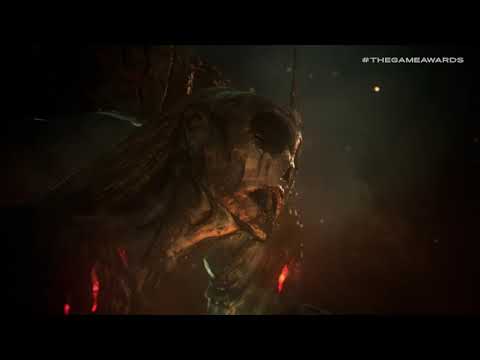 With nothing more than a CGI trailer to show for it and the departure of its lead producer, we can’t say we expect the comeback this one needs to be. Though we admit it with great sadness.

As fate would have it, Anthem (the game that’s destroying BioWare), is BioWare’s answer to Destiny, which is Bungie’s game.

Former IT technician who graduated in Political Science. Reads a lot on economics, writes mostly about video games and film. Has written for two of the world's biggest entertainment websites and his work has been read over 20 million times. Definitely isn't Satoshi.