Activision finally dropped the highly-anticipated Call of Duty: Modern Warfare beta on the PlayStation 4 on Sept. 12. 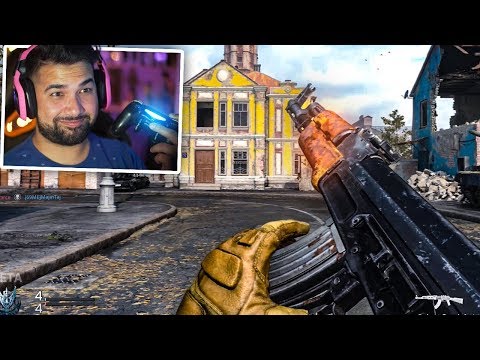 The first beta phase is expected to run through Sept. 16, though the first two days of the current beta period are reserved for those who had pre-ordered Call of Duty: Modern Warfare. The open beta phase for all PlayStation 4 owners will start tomorrow. But if you’re among those still waiting to jump on to the bandwagon, be prepared to face a few hiccups.

Call of Duty: Modern Warfare beta has some issues to sort out

If you’re expecting a smooth ride, then Call of Duty: Modern Warfare beta might disappoint you. Dot Esports reports that some users have been facing login issues with the game, stating that they cannot get into and play Modern Warfare beta because of problems with their Activision accounts.

Modern Warfare beta requires players to link their PlayStation ID to a Call of Duty Activision account. Some players have reported that they are unable to either login or create an Activision account, getting an error message that reads “There was a problem with your Activision Account. Please try again.”

It is likely that Activision servers were overloaded as too many players were trying to access Modern Warfare beta at the same time, and this led to login problems for users. But this wasn’t the only problem that came to the fore.

One Twitter user opined that the latest Call of Duty: Modern Warfare beta is the “worst.”

The user complains of unbalanced guns, screen shakes, awful maps, and other annoying bugs – basically everything that could go wrong with the game – and threatens to cancel the pre-order if the game doesn’t improve in the upcoming beta versions.

Modern Warfare beta also invited the wrath of some users because the developers removed the active mini-map from the game, Dexerto.com reports. The mini-map was an integral component of earlier Call of Duty games as it allowed players to remain aware of their surroundings in the game. So when Infinity Ward decided to give this feature a skip in the beta phase, gamers lost their cool.

It is still early days

It is evident that there are a few problems with Modern Warfare beta. But gamers shouldn’t get too critical yet as Infinity Ward will take user feedback and tune the game before it is officially released on Oct. 25. Ashton Williams, senior communications manager at Infinity Ward, made this clear on Reddit where she wrote:

The Beta gives us an opportunity to test various aspects of the game and with your feedback, helps us polish and tune the game as we head towards launch next month on October 25th.

If you run into any issues during the beta, please feel free to tag me, @InfinityWard and @ATVIAssist and we’ll do our best to respond as quickly as possible.

Williams also penned down a list of things the developers are looking into based on user feedback and assured gamers that their voices will be heard. Regarding the minimap, Williams wrote on Reddit:

Along with your feedback and the data we’re continuously collecting, we’ll be experimenting internally with a few different options and will keep you updated if we make any changes that you might see during the Beta.

So even though there have been a few misses with the first phase of the Modern Warfare beta, gamers shouldn’t be disappointed as two more phases will be available in the coming days. Infinity Ward has time to iron out the problems and give users a terrific gameplay experience, as the Call of Duty franchise is one of Activision’s biggest money-spinners and the company can’t afford to mess it up.