Former UKIP leader Nigel Farage took to a stage in London late last week and delivered the news that his audience didn’t want to hear.

A rerun of the 2016 EU referendum could be on the cards. Speaking to a pro-leave audience, Farage was blunt and to the point.

“It is now quite possible that we will see an extension of Article 50. When I’ve talked in the past about being worried that they may force us into a second referendum…I don’t want it any more than you do, but we have to face reality.”

Nigel Farage was a key campaigner in the original Brexit campaign. He now fears that the House of Commons could extend Article 50 and overturn the initial vote. Triggered in 2017, Article 50 is the legal procedure by which a country can withdraw from the EU following a two-year negotiation period.

Article 50 Supposedly “a Point of No Return”

Despite a statement issued by the EU Commission on the day Article 50 was triggered that stated it represented a “point of no return,” we may be seeing a softening of that stance. The EU Parliament’s legal service has hinted that Britain could extend its membership beyond summer 2019. There are EU elections scheduled for May, but concerns over how this would play out appear to be an afterthought at most.

A potential sticking point for an extension of Article 50 isn’t upcoming elections. It’s the requirement of unanimity among all EU states. Would the required consensus be forthcoming if the belief is it would just prolong the current meaningless discussions? I doubt it.

What if the extension was required to allow preparation time for a fresh referendum? This would no doubt pique the interest of the EU member states. Last week we saw reports from Germany urging Britain to rethink its stance. It’s also the outcome that would have Farage and other Brexiters very nervous.

The Independent has reported that UK voters currently back remaining in the EU by the most significant margin seen since the 2016 referendum. A lead of four points secured by the Leave campaign has now shifted to a twelve point lead for remain. This amounts to 56 percent of voters now backing remaining in the EU.

Speaking to the UK’s Sky News the day after the Leave rally, Nigel Farage hammered home his point once again.

A No Deal Outcome Would Be a Catastrophe

We’ve seen polls get it wrong in the past, but the current chaos looks to be heading towards Britain asking for an extension of Article 50. With no extension and no agreement in place, a “no deal” outcome looms large. Last week UK finance CEO Stephen Jones described such an outcome as a “catastrophe.”

Second Referendum ‘Would Be an Outrage’

When pressed by the BBC in another interview if he would welcome a second referendum his reply was unequivocal.

“A second referendum would be an outrage. We had a referendum. We were promised it was our decision, that it would be implemented.”

Farage continued that “now piece by piece, Brexit is being betrayed by the political class.” He’s bang on the money when he says that those who voted to leave did so “for Britain to become an independent country.” Cutting through all of the political doublespeak we’ve heard, that is the one constant running through the argument of those who wish to leave the EU. Independence.

Nigel Farage believes we’ve now reached a stage where the Government will ignore the will of the people. Addressing the BBC, he claimed that “Brexit is what we voted for, and is what Parliament is set to deny us.”

With all of that said, the fact is that we’re closing in on decision time. Little more than two months remain before the March 29 deadline.

With Prime Minister Theresa May seemingly stuck between a rock and a hard place, is there any alternative if the EU offers an ultimatum? Nigel Farage has been called many things over the years, but an idiot isn’t one of them. He sees the storm on the horizon and is seemingly readying himself and his followers. 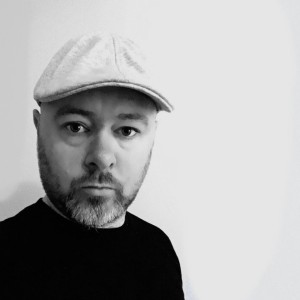 David Cullinan
David is a UK born journalist specializing in sports. He primarily covers MMA, football (soccer to you Americans out there) and boxing. Reach him at davidcullinan@writeme.com
Subscribe
0 Comments
Inline Feedbacks
View all comments
← Previous‘Major Announcement’: Is Donald Trump Preparing to Declare a National Emergency to Gain Wall Funding?
Next →Build That Wall: Trump Offers DACA Protection for Border Funding as Shutdown Hits Day 29

Post-Brexit Bromance Between Donald Trump and Boris Johnson Is Anything But Guaranteed
February 4, 2020 No Comments

Page 48 of the Tory Manifesto Will Lead the UK Into Tyranny
December 5, 2019 1 Comment