All-Star Anthony Davis declined a four-year, $146 million contract extension with the Lakers yesterday. He was widely expected to do so in what’s being called a “procedural” move. AD can make more money if he waits to sign over the summer.

But the league-wide assumption that he’s definitely committing to LA this offseason is off-base. It would be shocking if he didn’t, considering what the Lakers gave up to get him, but he probably does have a brighter future somewhere else.

The Lakers have the second-oldest roster in the league, with an average age of twenty-nine. LeBron James is 35-years-old, and even though he’s having an excellent season, his decline will become more pronounced during the height of AD’s prime.

Sadly, the Lakers don’t currently have much hope for the future. With an aging superstar at the helm, they’re fully in win-now mode. They just traded away nearly their entire hoard of future assets to acquire Davis, and now they’re openly shopping Kyle Kuzma, their last attractive young player. 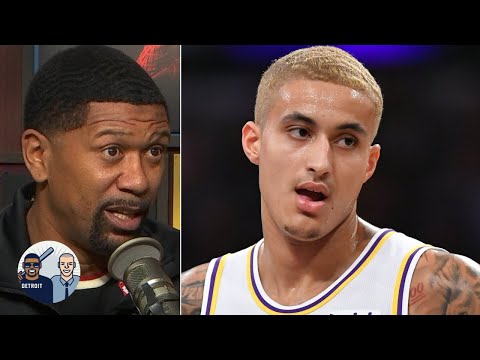 They literally cannot trade a first-round pick, and they don’t have many of their own picks. If the Lakers can’t win the title this year, their options for improving next year are slim. Davis could quite possibly be the only player on this roster with a bright future unless you’re boarding the Alex Caruso bandwagon.

According to ESPN’s Brian Windhorst,

Because they gave up all of those swaps and all of those picks, they don’t have the extra pieces to make themselves better through trade.

What if LeBron suffers another injury? What if they lose in the second round to a team like the Clippers? Davis has been injury-prone himself, so he surely doesn’t want to waste his healthiest years propping up a team of elderly veterans.

Anthony Davis Has Already Hinted at a Return to His Hometown

The Chicago-native gave an ominous response when asked about the likelihood of joining the Bulls in the future. Davis said, “I mean, I am a free agent next year, but we will see,” before the host awkwardly changed the subject.

Lakers star Anthony Davis on possibility of playing for hometown Chicago Bulls in future: “I mean, I am a free agent next year … but we will see.” pic.twitter.com/Y377w1AlAQ

Could Davis ditch his aging superstar partner and round up a few big-name free agents to join him in his hometown? It’s not crazy; after all, that’s exactly what LeBron did when he rejoined the Cavaliers in 2015. LeBron saw that Dwayne Wade was no longer in his prime, and he shocked the Heat by leaving for Cleveland. He did what was best for him. He might have some karma coming back his way.

The Bulls have talented young players who could grow with AD or become valuable trade chips to acquire all-star types. Plus, he’d be playing in the East, which is always a bonus.

While it’s likely Davis signs the five-year, $202 million extension that the Lakers can offer this summer, it’s far from a guarantee. Don’t be surprised if Anthony Davis thinks long and hard about his decision. And don’t be shocked if he pulls a LeBron and does what’s best for him.