While Americans think more pain is ahead, they say it’s a good time to invest in the stock market. Investing when the market goes down isn’t a good idea.

According to a Wells Fargo/Gallup survey, six out of ten investors say now is a good time to invest in the stock market, even though half believe more pain lies ahead in 2020.

The quarterly survey of 1,076 adults with at least $10,000 invested was conducted between May 11 and May 17, when U.S. equities had rebounded from their March lows but were still significantly below the peaks of mid-February.

Still, investors’ general confidence in their finances and the economy, as measured by the Wells Fargo/Gallup Investor and Retirement Optimism Index, plunged the most since the index inception in 1996.

More than a quarter reported that their income fell, while 15% have been furloughed or temporarily laid off.

Only 8% of investors think it would be wise to sell stocks to protect themselves from further losses. About half of them said they would hold on, and 35% believe it’s time to buy.

It seems illogical that most Americans remain eager to buy stocks when they see more pain coming. People who have lost their jobs might need money in the short-term to cover their expenses.

Investing in the stock market is risky. We shouldn’t invest more than we can afford to lose. Ideally, we should invest in the stock market with the intention of holding our stocks for several years. That way, we have time to recoup our losses if prices decline.

Plus, it’s not the best time to invest when markets are very volatile.

According to BTIG LLC, U.S. stocks tend to do better when volatility is lower than today. The Cboe Volatility Index, or VIX, broke over 35 Wednesday. This is much higher than the lifetime average of 19.4. It signals that investors still see risk as high.

Chief equity and derivatives strategist Julian Emanuel noted that VIX levels between 25 and 45 have been associated with sharp net declines for the S&P 500 over the past three decades.

Buying when the stock market is going down isn’t a good strategy, as it can plunge further.

The Stock Market Rally Is In Danger

The S&P 500 has soared more than 40% since hitting bottom on March 23. But the rally has lost steam in recent days. The U.S. index plunged by more than 2% on Wednesday as virus cases surged.

Pessimism is growing amid signs the recovery is more gradual than expected. The IMF downgraded its economic outlook on Wednesday.

The stock market will likely have trouble rallying any further without a return to 2019 levels of fundamental growth. But the economy probably won’t return to pre-pandemic levels until late 2021. 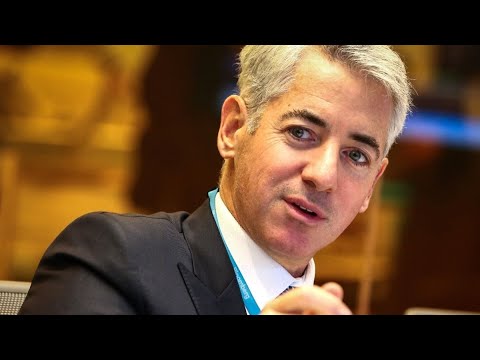 Even as states reopen their economies, spending and employment remain well below pre-crisis levels, suggesting that the economy will be slow to rebound until the virus is contained.

Stock market overvaluation is another threat to the rally. The S&P 500’s forward P/E ratio is around 22, near its highest levels in nearly two decades.

Data from RBC show that the market tends to go down in the next 12 months when valuations are this high.

Stephanie Bedard-Chateauneuf
Stephanie has been writing about stocks and financial markets for several years. Based in Canada, she has written for The Motley Fool and Seeking Alpha. She received an MBA in finance and worked for National Bank of Canada. Check out more of her experience on LinkedIn + and follow her on Twitter. Reach her at stephanie.chateauneuf (at) gmail.com or visit her profile on Muck Rack here. Stephanie is a Trusted Journalist.

September 26, 2020 1 Comment
← PreviousDow Slumps Because Health Experts Warn “We’re in Deep Trouble” Now
Next →Missed the Tesla Rally? No Problem, You Can Get the Stock at a 35% Discount