Actress Alyssa Milano has never been more entertaining than she is carrying the water for Joe Biden in 2020.

The “Charmed” and “Who’s The Boss?” star is trapped between the #MeToo movement she started and unquestioning partisan loyalty to the very old, very white, very male politician that Democrats are about to nominate for president. And it’s hilarious.

Alyssa Milano’s blatant double standards are shredding the credibility of both the #MeToo movement and the Democratic Party. 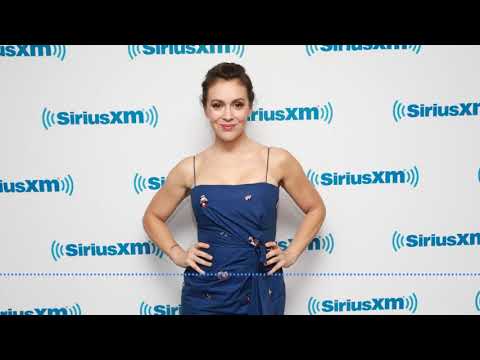 Milano made her remarks in response to epic blowback from the Bernie Sanders camp when she bashed “toxic” Bernie Bros last week. Sanders’ supporters dragged Milano for remaining silent about Joe Biden’s accuser.

Alyssa Milano just dug her hole deeper with her response:

I’ve been very vocal about Biden and my support for him… and I did do my due diligence. Because… the article that sort of stood out to me was that Time’s Up decided not to take the case.

Uh huh. That was important to you. That meant, well maybe there’s more to this story here.

And Milano repeats the claim that she did her due diligence:

Right, I did my work, and I spoke to Time’s Up. And I just don’t feel comfortable throwing away a decent man that I’ve known for 15 years in this time of complete chaos without there being a thorough investigation.

But she is either blatantly misinformed about why Time’s Up did not take on Tara Reade’s case, which means she is lying about doing her due diligence, or she’s lying to listeners.

Either Alyssa Milano actually thinks, or misleadingly insinuated that Time’s Up declined Tara Reade’s case because her accusations are somehow not credible.

But they declined her case because they were worried that assisting a case against a candidate for federal office could endanger their non-profit status.

In other words, because Joe Biden is a powerful man, this #MeToo organization won’t even attempt to hold him accountable. This is ostensibly how Hollywood movie mogul Harvey Weinstein got away with so much for years.

Then alleged women’s advocate Alyssa Milano just read the headline and found enough to silence Tara Reade’s voice. And claims, “I did my work.” Or worse, she used the power differential between a vice president and his accuser to undermine her.

And for her next trick, Alyssa Milano then went on Twitter after the Andy Cohen interview and wrote this:

What a sophisticated, balanced, nuanced approach for the #MeToo movement. Where was this approach when Supreme Court Justice Brett Kavanaugh’s accuser published her allegations? Two days after the Kavanaugh allegations, Alyssa Milano tweeted this:

Who Can We Trust Anymore?

Over the past few days, the #MeToo movement has completely unraveled at Alyssa Milano’s hands. It’s become apparent how what was supposed to be a way to help victims was weaponized for partisan propaganda. Milano and her ilk used victims to achieve political purposes. Milano has done incalculable harm to victims by taking an already inherently murky problem and tangling it up in her partisan politics.

As for the Democratic Party, how can voters trust it to guard women against the Republicans’ alleged “war on women?” They’re a little too quick to throw that right out the window so they can run Joe Biden for president in November.