The plans for the PS5 are still a big mystery right now. We’ve got some hints, and we know what the controller looks like. Other than that everyone is just guessing at what will happen. That includes guessing about PSVR 2.

The follow up to PlayStation’s budget VR option is highly anticipated by VR fans. Two recent patents that were discovered by The Game Post seem to reinforce the belief that PSVR 2 is going to be a big focus for the PS5.

Even as a fan of VR, I think focusing on PSVR 2 too much would be a huge mistake for Sony.

PSVR is Great, but Not Everyone Even Wants It

VR is a great technology. It enhances the immersion of games, which can make many of them more effective and compelling. In general, it really just makes games come to life. If you’ve ever wanted to feel like you’re actually inside a game, then you need VR.

The problem is that it doesn’t work that way for everyone. Many people suffer from motion-sickness when using VR. Even if you’re lucky, like me, and basically don’t feel sick no matter what, having to wear a headset for extended gameplay sessions can be uncomfortable.

Obviously both of these are issues that could be ironed out with a new PSVR model. In fact, one of the new patents is even for an anti-motion-sickness feature. But, that doesn’t mean that the PS5 should go all-in on VR just yet.

The main issue VR is facing on PS5 is adoption. PSVR has sold over 5 million units, which is great. But, you need to examine that figure in context. Around the time that the 5 million PSVR units figure was released, PS4 sales figures were at 106 million.

Basically that means that less than 5% of the PS4 user-base actually owns PSVR. With such a small userbase, most developers are probably unwilling to commit to a VR only game and stick mainly to extra VR modes at most. If the PS5 wants VR to become a main feature, that problem needs to be fixed.

Not that it’ll be easy to fix the adoption rate. Even if PS5’s VR headset is much better, it’s still an expensive investment for most. Worse than that, most laymen probably wouldn’t want to go to the effort of setting up the box and having extra cables dripping all over the place. 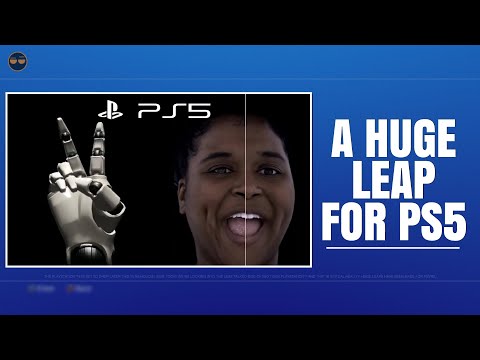 If PS5 puts too much focus on VR, it could become a problem. Sinking loads of cash into a product that less than 5% of people are willing to buy seems like an insane idea. However, if Sony doesn’t put enough focus on PSVR 2 then the system will never break out of the niche it’s carved for itself.

Basically, VR is a rough situation for Sony and for the PS5. On one hand, PSVR is a great budget VR alternative which makes games more immersive. On the other, it’s a huge gamble for both Sony and game developers if more people don’t adopt the hardware.

Sure Sony could bundle the PSVR 2 with PS5’s, but that sort of thing hasn’t proven successful in the past. Look at the original Xbox One/ Kinect bundle. That was scrapped pretty quickly. Even after 35 million sales, the Kinect is still dead in the water.

This upcoming generation will be make-or-break for VR. If PS5 and PSVR 2 sell well from day 1 and become mainstream then VR will probably stick around. If the strategy proves unsuccessful, it seems unlikely that VR will ever be popular outside of hardcore enthusiasts with iron stomachs.