Every week, fighting game fans congregate at the Red Bull Gaming Sphere in the Nakano Ward, Tokyo, to test their Dragon Ball FighterZ mettle in the Fighting Tuesday tournament.

The event prides itself on accessibility and attracts seasoned pros and newcomers alike. Among them is a nine-year-old player by the name of Tsuyoshi, who, despite his tender years, boasts a set of skills, and a dedication to match, that most casual players can only envy.

He’s developed somewhat of a cult following at Fighting Tuesday, as he’s taken on not only his father and a melting pot of players of varying skill but also a professional gamer, Moke, on more than one occasion. 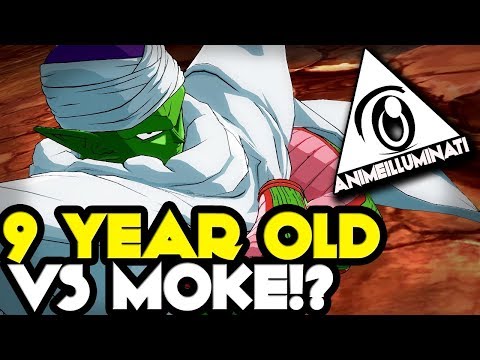 The enthusiasm for what is undeniably a precocious aptitude for Dragon Ball FighterZ led the organizers of the Tuesday bash to pool their resources and sponsor a trip to this year’s 2019 Evolution Championship Series held in Las Vegas. Tsuyoshi set off on the journey of a lifetime to the mecca of the fighting genre. A dream come true for any fighting game fan.

Donning his in-game moniker of 2YoC, he stormed through the first round of the competition with a 3-0 record. This undefeated streak landed him a spot among the 250 best players present at the event. The second round didn’t prove as kind to 2YoC, who suffered two successive defeats – and a trip to the loser’s bracket. The skill level was too high.

In a show of resilience, Tsuyoshi vowed to knuckle down and work harder. The losses were to morph into fuel for improvement, in what was a display of maturity well beyond his years.

“I lost a lot at Losers 😭,” he tweeted, according to a Google translation. “It ’s very ugly 😭 I want to practice more and be able to come to EVO again 🤨”

Now, two months later, Tsuyoshi has recounted his EVO feats in a school report documenting his trip to the US. It’s wholesome, teeming with childlike wonder, and reiterates the bright future Tsuyoshi has ahead of him in the fighting scene.

In a scrapbook-like collage of discovery and first times, Tsuyoshi touches on eating over-sized burgers and pretzel dogs, weather delays, dozy early morning flights, the mounting nerves of playing in front of 13,000 people, as well as the highs and lows of his handful of wins and tournament-ending defeats.

Every Tuesday, I play in the DBFZ tournament at Fighting Tuesday in Nakano. The tournament staff sponsored me, so I was able to go and compete at EVO. pic.twitter.com/4qMjURcrVP

EVO, the biggest fighting game tournament in the world, was held from Aug 2-4.

I ended up playing my first match on the stream. There were about 13,000 viewers! I was really nervous, but thanks to the support of people watching and the crowd monsters, I was able to win my match. pic.twitter.com/0ZcHTqDs9c

In one slide, he humbly shares his final position in the EVO standings; 129th out of 1911 players. Not bad for a nine-year-old, or anyone for that matter.

My final result was tied for 129th out of 1191 entrants.
Thinking about it now, with more practice, I may have been able to get a little higher, so it is a little regrettable. I want to become stronger and more confident, and on my own, go to EVO to try my best again. pic.twitter.com/V7bC03xsBt

On the way home, I ran into KBR again on the casino floor.

Our departure from Las Vegas…
When we left, I had to get up at 2 in the morning. I was super sleepy.

The week we spent in Las Vegas was super fun! pic.twitter.com/tUCqvMBgyE

Inspired by watching the very best Dragon Ball FighterZ players duke it out at EVO and the immense support he received throughout his journey, Tsuyoshi says he’ll be back, and we are hard-pressed to disagree.

Beyond tugging at our heartstrings in the loveliest of ways, these stories remind us that gaming isn’t just about the tides of monetization and controversy.