Economist Jack Kleinhenz said last week that the consumer is the “linchpin to growth” for the U.S. economy. If that’s true, then Tuesday’s inflation data should leave Dow Jones bulls a bit more concerned about the stock market’s outlook in 2020.

The headline figures were fine.

The Labor Department reported a 0.2% rise in consumer prices in December, which brings the rolling 12-month CPI to 2.3%. Core CPI, which excludes volatile food and energy prices, increased by 0.1% in December and 2.3% year-on-year.

The positive spin for the Dow is that because inflation remains muted, the Federal Reserve is unlikely to hike interest rates in 2020.

Traders have priced in just a 13% probability in a rate increase at the Fed’s January policy meeting, and the odds shift in favor of an interest rate cut as the year progresses.

It’s not all good news, though.

Consumer spending accounts for around two-thirds of U.S. GDP, and solid data buttressed the economy against macro threats like the U.S.-China trade war throughout 2019. 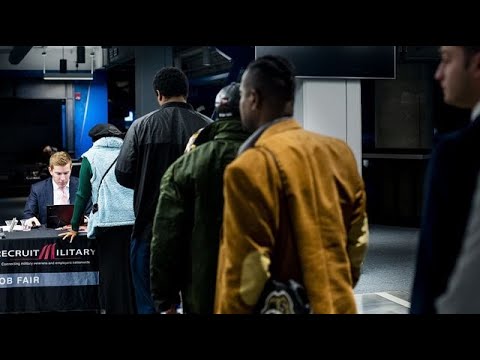 We are a little more wary about what this all means for consumer spending. Given unemployment is at 50-year lows and firms continue to talk of a lack of skilled workers to fill vacancies we should really be seeing wages move higher.

In consequence, with real wage growth being squeezed lower and employment growth also expected to moderate after a decent run in mid-late 2019, we think it unlikely that consumer spending will be a particularly strong growth driver this year.

Knightley doesn’t expect the economy to lurch into a recession, but he does predict that GDP growth will slog to 1.7% for the year.

The Stock Market Is Priced for an Economic Boom

The problem that investors must reckon with is that stock market valuations anticipate a re-acceleration in economic growth, not the deceleration that most forecasters expect.

Vanguard Chief Economist Joseph Davis estimates that stocks are priced for 3% GDP growth, which is even more bullish than the Trump administration’s characteristically-rosy 2.5% target.

None of this means we’re on the verge of a stock market crash, though it’s noteworthy that there’s been a spike in traders hedging against a “monster” market move.