Iran is creating a state-backed cryptocurrency. The options for the digital token are currently open. Reportedly, it’s initially only for crypto companies to do business with the Central Bank of Iran. Later, it will be used as a means to facilitate payments between Iran and other countries for goods and services. Iran was kicked off the SWIFT network last year, essentially disabling their ability to trade efficiently. In response, Russia and other partner nations announced they’re working on a SWIFT-alternative using the blockchain.

Worth Less Than A Satoshi After 87 Years

The Iranian rial is currently equivalent to $0.000024. To buy this laptop, it therefore requires 29 million rials. That’s if you could get anyone to convert your rial into USD for you, of course.

First of all, let’s be clear. State-backed cryptocurrencies are not cryptocurrencies at all. Necessarily, they will require some form of command and control structure. Several countries have been considering the development of e-fiat for years. Most countries don’t have the same incentive to make such a system work, however. Iran sees the blockchain as an avenue to secure its future survival without sacrificing its sovereignty and “right” to pursue a nuclear weaponization program.

For crypto traders, the token could be a means to make money. Depending on how its implemented, a new market could open up. Several questions arise when considering the Iranian entry into blockchain tokens.

First, how will western governments like the United States, who have Iran in their crosshairs, react? Would they attack the Ethereum Foundation or anyone else seen as “responsible” (assuming the token was launched as an ERC-20 token, of course)?

We can’t know. But for this reporter and sometimes-trader, the risk of that alone is enough to keep him away from it. Imagine winding up on the State Department’s list of banned persons simply for trading a foreign currency over the blockchain.

Because, as it stands, re-enabling efficient international trade alone will cause the value of the rial to go up. It will drive demand for the rial for companies that want to buy Iranian goods such as oil. Iran itself hasn’t stated that the token will be used immediately to facilitate international trade, but Al-Jazeera speculates it’s highly likely:

Given the long ties between Tehran and Moscow, and the fact that both are sanctioned by the US, it stands to reason that they would eye blockchain technologies to overcome financial restrictions.

Member states of the Commonwealth of Independent States (CIS) are other likely parties to a potential blockchain-based multilateral financial system.

Following in the footsteps of regional rivals Saudi Arabia and the United Arab Emirates, who recently launched a joint cryptocurrency, Iran could also use the crypto-rial or a similar sovereign digital currency to skirt sanctions and trade with other partners. 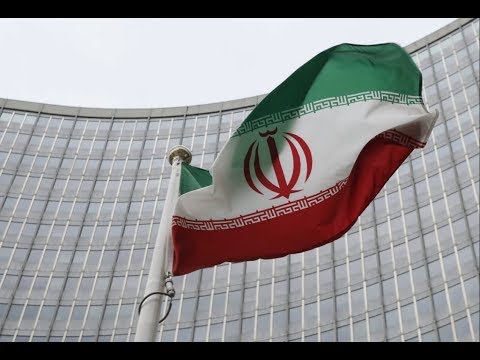 At current exchange rates, 1 rial is not even worth 1 satoshi (0.00000001 BTC), the lowest amount possible on the Bitcoin mainchain. (The dollar is worth over 29,000 satoshis.) Many exchanges allow for variations in the sub-satoshi range, but the lowest amount transferrable on the mainchain would be 1 satoshi plus the transaction fee. The average transaction fee on the Bitcoin network is 22 cents. Bitcoin itself would be less than feasible for a crypto-rial system, at least at the start.

More likely it would have to be its own network, backed by the central bank.

Or even more likely, built on Ethereum or some other tokenized network. Again, that incurs potential problems for the developers of these public networks. In the same way that Ross Ulbricht’s Silk Road created a long-lasting PR problem for Bitcoin as “online drug money,” tokenized networks that facilitate prosperity for a country like Iran could be looking at some serious blowback.

Direct censorship (in the form of a hard fork) is only one way to deal with it. Miners can simply blacklist transactions of these tokens, essentially making them unusable. Yet another reason this reporter wouldn’t touch a crypto-rial with a ten-foot pole.

Cryptocurrency prefers to be politically neutral. The blockchain is an immutable ledger for public use, by definition. However, when you start attracting rogue states, you find yourself on a whole new playground. The players are a lot meaner and they have a lot more guns.

They also have a lot more means, which creates another possibility: banks and other entities from pro-sanction regions play hell with the crypto-rial and manage to do even more damage to the Iranian economy as a result. You never know what kind of tricks the CIA might have up its sleeve.

So, reader, when Iran announces its crypto-rial, do you foresee yourself holding any, for any reason?