SWIFT, the 11,000-member global payments network, has announced a partnership with enterprise blockchain consortium R3, and the news is already being felt in the cryptocurrency market where the rusty gears of the ripple (XRP) rumor mill have begun to turn at a rapid pace.

According to the announcement, SWIFT and R3 have developed a proof of concept that links SWIFT’s GIP payments network with R3’s Corda platform to monitor payment flows, settle gpi payments through their bank, and receive credit confirmations. The groups will publish the results of the trial in September.

XRP bulls responded with rabid enthusiasm to the news, speculating that R3’s alliance with San Francisco-based crypto startup Ripple — past multi-billion dollar legal disputes having been swept under the rug — provides XRP with its best bet to achieve adoption by SWIFT, the financial industry’s white whale.

And here’s the ripple price chart:

Absent from the announcement, of course, was any clear statement that the Ripple company would play any role in that partnership, much less introduce its XRP cryptocurrency to the SWIFT network of financial institutions. However, Ripple bulls have a lengthy track record of letting their hopes and dreams get the best of them.

The classic example of this is the yearslong tweet-writing campaign intended to persuade US cryptocurrency exchange giant Coinbase to list ripple.

It’s remarkable how many times the ripple price has rallied on mere speculation that Coinbase would list XRP, only to see those rumors quashed — and the exchange add support for other assets instead.

In another striking example from late summer 2017, the ripple price exploded on rumors that an upcoming conference would see Ripple announce a major partnership with a South Korean bank. On what was this rumor based? A logo in the teaser video, when turned sideways, looked a tiny bit like the Korean peninsula.

Granted, we all got a little ahead of ourselves during the 2017 crypto market bull run, but that seemed excessive even at the time.

Embarrassing anecdotes aside, it’s true that there’s a bit more meat to this rumor than others that have been circulated by the #XRPArmy, and not just because XRP has already been integrated into one R3 product.

Speaking during the panel session, SWIFT CEO Gottfried Leibbrandt appeared to heap praise on ripple, at least to a greater extent than one would expect.

“I think that the big part of Ripple’s value proposition is the cryptocurrency XRP,” Leibbrandt said. “There we do find the banks are hesitant to convert things into a cryptocurrency right now because of the volatility in the currencies.”

Still, Leibbrand is stepping down from SWIFT in June following a seven-year tenure as CEO, so ripple bulls should probably avoid hanging too many of their hopes on his single statement affirming the importance of XRP to Ripple’s blockchain offerings. 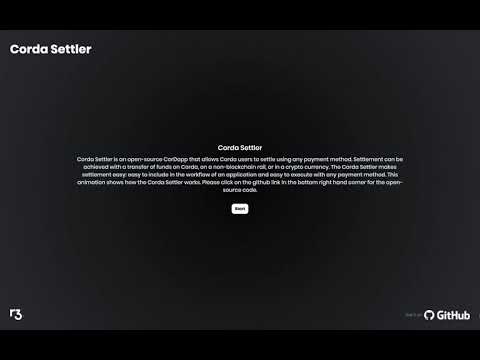 More importantly, though, R3 recently made XRP the first cryptocurrency available through its Corda Settler product, as CCN.com reported. And while SWIFT’s statement did not explicitly mention Corda Settler, R3 CEO David Rutter name-dropped it in the press release.

Following the recent launch of our Corda Settler, allowing for the payment of obligations raised on the Corda platform, it was a logical extension to plug into SWIFT GPI. SWIFT GPI has rapidly become the new standard to settle payments right across the world. All the blockchain applications running on Corda will thus benefit from the fast, secure and transparent settlement provided through the SWIFT gpi banks.

More tellingly, R3 tweeted that the partnership will “integrate gpi with Corda Settler.”

We are excited to announce our partnership with @swiftcommunity to integrate gpi with Corda Settler. @Cordablockchain https://t.co/FyEJScr0j8

Again, no direct mention of Ripple or XRP, but it’s not a huge leap to speculate that the proof of concept — or a future trial — could see SWIFT dabble in cryptocurrency settlement.

Could this, along with the fact that Ripple CEO Brad Garlinghouse participated in the panel where SWIFT and R3 made the announcement, be a hint that there’s more going on beneath the surface than initially meets the eye? Perhaps, but then again, perhaps Coinbase will list XRP tomorrow.

In the meantime, investors must gamble whether Ripple can leverage its relationship with R3 to convince banks to take the plunge into cryptocurrency via the Corda Settler platform. The #XRPArmy, for its part, will continue to respond to Coinbase tweets with that oh-so-familiar refrain: