There’s no dispute that cracks have begun to form in the U.S. economy. But as analysts brace for the impact of the coronavirus shutdown to brutalize the country’s pillars of growth, the hard data releases continue to look surprisingly rosy.

On Wednesday, ISM Manufacturing PMI and ADP Non-Farm Employment beat the consensus forecasts by comfortable margins. And for all the talk of a housing market crash, mortgage applications spiked by 15.3% from the previous week.

This is becoming a trend. Wednesday’s mortgage data release dovetailed with the latest pending home sales report, which rose 2.4% – defying an expected contraction.

Consumer confidence plunged to its worst mark since June 2017 but still beat estimates. And when you consider the conditions in June 2017 – unemployment stood at 4.4%, and stocks were eight years into a bull market – March’s reading doesn’t look all that dire.

But don’t be fooled. The coronavirus outbreak is crippling the economy much more quickly than the raw data suggest. Here are three reasons why – and strategies for how to analyze these reports without being deceived.

1. In the ‘Coronavirus Economy,’ Timing Is Everything 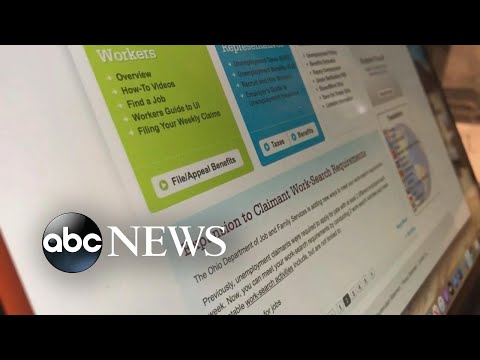 The first reason this week’s economic releases are deceptive is that they often rely on data collected before coronavirus began to its teeth into business activity.

Given how rapidly the virus has upended the economy, timing is everything. So pay attention to when the underlying data were collected, not just what they say.

Here are a few key dates to look for as you digest upcoming economic data releases:

March 11. This date represents an inflection point in the United States’ response to the coronavirus outbreak. Four events change the national conversation: The World Health Organization declares the virus a pandemic, President Trump gives a somber address on the crisis, the NBA suspends its season, and Tom Hanks reveals his COVID-19 diagnosis.

March 16. The White House launches its “15 Days to Slow the Spread” campaign, which encourages Americans to avoid social gatherings and stay at home as much as possible.

March 19. California becomes the first state to issue a stay at home order. Jobless claims spike to unprecedented levels as other states follow suit and local economies grind to a halt.

This chart from the New York Times shows how stay at home orders spread across the country throughout the remainder of March.

Let’s use the ADP National Employment Report as an example. It calculated a net decrease of just 27,000 private-sector jobs in March. But the cut-off date was March 12, a full week before California issued the nation’s first stay at home order and businesses began to lay off workers in droves. Last week’s devastating jobless claims report proves that ADP’s March release is already irrelevant.

And as for that pending home sales report? It relied on data collected in February.

2. Regional Breakdowns Matter More Than Ever

Another problem with scrutinizing headline readings in economic reports is that they obscure regional breakdowns. This matters more than ever when analyzing data collected during the early portion of the coronavirus outbreak.

While New York is already suffering the full brunt of the crisis, other states have a relatively low number of infections and have been slower to shut down their economies to contain the virus’ spread. 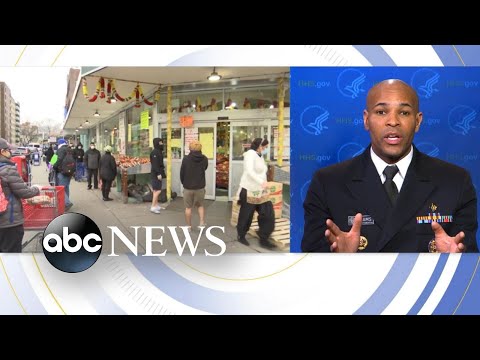 Given that health officials expect COVID-19 to eventually impact the entire United States and cause a minimum of 100,000 deaths, data in coronavirus-ridden areas is a far better indicator of where the economy is headed.

For example: While overall mortgage applications rose more than 15% from the previous week, applications in New York dove 18.1%. That latter statistic is far more relevant if you want to know how coronavirus will impact the housing market.

While the Dallas Fed reading is a clear outlier – much of the damage comes from the oil price crash, not coronavirus – there’s a notable gap between conditions in regions hammered by coronavirus (NY Empire) and those that have not been (Richmond Fed).

Sometimes, not even accounting for survey timing and regional breakdowns is enough to give you an accurate peek at the state of the U.S. economy. The underlying metrics used to calculate the headline readings may themselves be deceptive.

Debate whether it’s a “black swan” or a “gray rhino” all you want, but the coronavirus pandemic has given the U.S. economy an unprecedented shock. Economic indices are built to measure the health of the economy during ordinary conditions, so this jolt may cause headline readings to give an inaccurate snapshot of a sector as a whole.

Wednesday’s ISM Manufacturing PMI release is a prime example of this. The March reading (49.1) indicated a slight sector contraction (readings below 50 indicate contraction), but economists had expected it to slide much harder – to 44.5.

According to James Knightley, chief international economist at ING, the headline reading was deceptively inflated by a colossal spike in supplier delivery times.

Under ordinary conditions, this suggests that demand exceeds supply, which is a bullish indicator. But as Knightley explains, the sudden rise in delivery times had nothing to do with demand – and everything to do with coronavirus-related company shutdowns :

However today delivery times are extended because of the supply shock relating to Covid-19 with firms struggling to get inputs from China and increasingly from domestic suppliers because of company shutdowns, which is clearly a bad situation.

To paraphrase the old adage: There are lies, damned lies, and economic data reports released amid the advent of the coronavirus pandemic.

None of this means you shouldn’t pay attention to economic data. But you should eye these releases with a bit more scrutiny than usual.