Dwayne “The Rock” Johnson is a god among men. He’s the People’s Champion, the most electrifying man in sports entertainment, and one of the most bankable stars in Hollywood today. And yet reviving the XFL looked like a herculean labor beyond even his magic touch.

While he will be able to cut wildly entertaining promos and generate headlines, he cannot guarantee what the league needs most – talent. Yes, the XFL 2.0 had some, but not nearly enough.

That didn’t look like it was ever going to change. Until the pandemic put the entire 2020 college football season at risk, that is.

Trevor Lawrence and the Downfall of the 2020 CFB Season

The 2020 college football season is in real danger, and some of that danger comes courtesy of one of its biggest stars, Clemson quarterback Trevor Lawrence.

With the coronavirus pandemic still raging and the threat of player boycotts looming, the season is holding on by a thread. Over the weekend, Lawrence, along with players from around the country, started the #WeWantToPlay movement.

WATCH- @ClemsonFB QB Trevor Lawrence (@Trevorlawrencee ) discusses how #WeWantToPlay started and why he wants a season in the fall.

Lawrence: "Football has created so much of a better opportunity for people that I think that it is a lot of harm in canceling the season."@WLTX pic.twitter.com/NtWNE9Yz5A

Their primary focus is to save the 2020 college football season, as long as the NCAA adopts extraordinary health and safety protocols.

That’s not why the season is going to be canceled, though. It’s their desire to form a players association that will survive long after the pandemic has been eradicated.

There’s no way the NCAA is going to hand over any semblance of control to a group of college kids. And why would it when all the NCAA has to do is wait for them to graduate, move on to the NFL, or drop out?

Do they want to lose hundreds of talented players? Of course not – but there are thousands of talented high school players dying to replace college football’s current stars.

It would be easier – and safer for the power-jealous NCAA over the long-term – to cancel the 2020 season and start fresh next year. After Trevor Lawrence has been drafted No. 1 overall.

Video: Lawrence isn’t the only CFB star to oppose nixing the season.

That’s what seems to be happening.

A few conferences have already canceled their seasons. Power Five conferences like the Big Ten and Pac-12 are rumored to be next.

The SEC will likely be the final holdout, but will it really push forward if everyone else shuts down?

While we can debate the merits, the reality is that Trevor Lawrence and other players will likely miss out on a college football season this year. More importantly, they will miss out on the chance to improve their NFL draft stock.

While that might not matter for a projected No. 1 pick like Lawrence, it could force bubble-level prospects to return to the NCAA next year instead of declaring for the draft.

If only there were a way college football players could showcase their skills, work on their draft stock, and make some money too.

Video: For the XFL, the third time may be the charm. 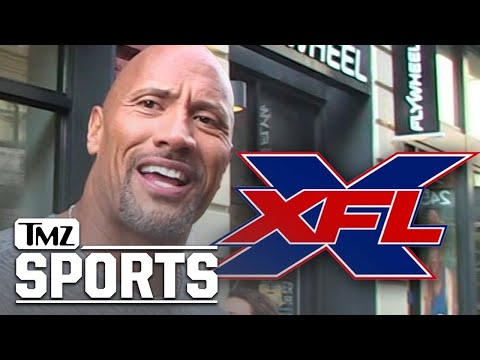 Buying the skeleton of the XFL and turning into a viable league are two different things. The $15 million The Rock and his partners paid for the league is chump change compared to what it will take to get the XFL 3.0 up and running.

They likely need investors, plus at least one major network partner to televise games. The failures of the AAF and XFL 2.0 make securing those relationships a tall order.

Those fears will dissipate if The Rock can stuff his rosters with high-level college athletes – especially if he can lure top prospects like Trevor Lawrence.

On paper, the XFL 3.0 will look like an incredibly talented league and profitable venture. Investors will buy in. Networks will too – and they may even pay to televise XFL games.

In the end, everyone will be a winner – except the NCAA. Fans will have more quality football. College-age athletes will have an alternate route to the NFL. And The Rock will look like a genius for buying the XFL and creating a new professional football league.