Tom Brady’s numbers don’t tell the whole story. In his team’s 28-22 loss to the Houston Texans, the New England Patriots legend went 24-of-47 for 326 yards, three scores, and an interception.

By the touchdowns alone, it was one of Brady’s best performances this season; he’d only thrown for three scores in a single game twice before Sunday’s crucial loss. Brady had nearly 100 more passing yards than Texans star counterpart DeShaun Watson, too. 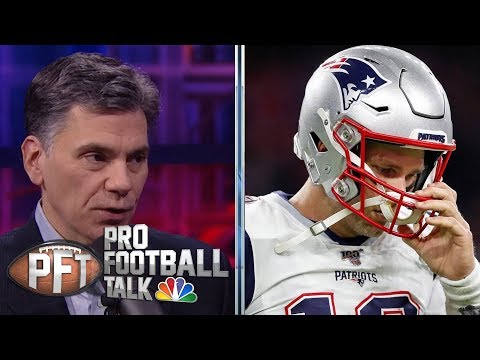 But the Patriots’ second loss of the season had already been cemented by the time Brady finally got comfortable. The Texans led 21-3 when he threw his first touchdown pass with only seconds remaining in the third quarter. Houston staved off any hopes of a late-game comeback from New England by answering that score with one of its own to open the fourth quarter.

Brady was 9-of-25 for 90 yards and an interception before extended garbage time, lending further credence to the notion that he’s the Patriots’ biggest liability as the playoffs loom.

Brady said all the right things in the wake of another dispiriting performance. He stressed that New England is 10-2 despite the need to improve, and insisted he and his teammates would use Sunday’s loss to Houston as a learning experience.

Brady addressed his palpable frustration both on the field and the sidelines, too, noting that it’s a “quarterback’s responsibility” to lead while opting against criticizing teammates. Video of his emotional outbursts, though, makes it easy to see just how affected he is by struggling to get on the same page as his receivers.

An emotional Tom Brady yelling on the field, flipping his helmet & digging into teammates on the Patriots sideline #NEvsHOU pic.twitter.com/sfmK7Tz3Gk

The Patriots’ receiving corps isn’t what it once was.

Dreams of Rob Gronkowski coming out of retirement are fading, and New England clearly misses free-agent loss Danny Amendola. Antonio Brown is long gone, while Josh Gordon has found a new home with the Seattle Seahawks.

A group of pass-catchers that in September seemed among the most dangerous in football is now lacking in experience, depth, and overall talent.

A player of Brady’s longtime caliber is expected to make his teammates better, though, just as he has consistently for the better part of two decades. But with yet another subpar performance, it’s become increasingly clear that Brady no longer has what it takes to make his receiving corps greater than the sum of its parts on a weekly basis.

Can Brady Keep up with the Next Generation?

The silver lining for New England is that its defense remains the best in football. It’s not like Brady set the world on fire en route to his sixth Super Bowl ring last January and February, either.

But the Patriots’ competition in the AFC is fierce, led by the game-changing signal-callers who have the goods to render their dominant defense moot.

Patrick Mahomes did just that while leading the Kansas City Chiefs to a stunning second-half comeback in last year’s AFC Championship. It’s no coincidence that New England’s only losses this season have come to Watson’s Texans and Lamar Jackson’s Baltimore Ravens.

“Tom Brady is not the guy he once was. Right now, Tom Brady is the grand marshal in the parade….He's waving, he’s waving. All of the heavy lifting is done by the defense." — @ShannonSharpe 🤣🤣 pic.twitter.com/EVw7FzZJQ7

Those guys have simply been better than Brady in 2019. If the Chiefs beat the Patriots next week in Foxborough, Bill Belichick’s team will be winless against each of the other AFC powers with Super Bowl aspirations.

In years past, that possibility wouldn’t have loomed as potentially telling. New England, with its unparalleled advantage in terms of single-game preparation, routinely reaches a new level in the playoffs. But with Mahomes, Jackson, and Watson waiting, the Patriots will have less room for error in the postseason than ever before.

And if Brady continues to be a source of his team’s troubles instead of the solution, New England’s defense won’t be enough to overcome its competitors at the top of the AFC.