No, I’m not alluding to Friday’s blowout jobs report.

The fact that the U.S. employment rebound shattered economist estimates by a staggering 10 million jobs in May is a spectacular indicator for the sustainability of red-hot homebuying demand.

But it won’t mean much if those workers can’t obtain financing when they decide to purchase a home.

That’s why what’s even more bullish than the U.S. economy adding 2.5 million jobs is where tens of thousands of them are concentrated: the mortgage industry.

Several recent reports reveal that mortgage lenders have gone on a “hiring spree” to keep pace with snowballing demand, which has virtually recovered to pre-pandemic levels.

According to HousingWire, sector leaders like Quicken Loans, United Shore, and Better.com have not only hired thousands of new employees since the beginning of the year, but they’ve also continued hiring throughout the recent economic disruptions.

And they’re not finished.

A quick search for “mortgage loan officer” on digital job board Indeed yields more than 10,000 postings, including more than 2,000 that offer new hires the ability to work remotely.

Why does it matter that lenders are aggressively adding new employees? Because economists have identified a lack of access to financing as one of the chief threats to the housing market.

Available mortgage credit fell off a cliff in March as banks tightened lending standards in response to the uncertain economic climate. By April, it had plunged to its lowest level since 2014.

So even though homebuying demand appears to be as strong as ever, economists feared that a credit bottleneck would prevent house-hunters – many of whom could have easily obtained financing before the pandemic – from getting a mortgage.

This mortgage sector hiring spree may be a leading indicator that this is about to change. After all, lenders wouldn’t be adding thousands of new employees if they expected business to slow down.

With interest rates holding near all-time lows, lenders anticipate that demand will remain strong. And there are already early indications that credit restrictions are beginning to ease.

United Wholesale Mortgage, the largest wholesale lender in the United States, has just reverted back to its traditional employment verification process. Throughout May, the company had required borrowers to re-verify their employment on the day of closing.

This Is a Welcome Sign for the Entire U.S. Economy

A rebound in available mortgage credit would pay dividends throughout the economy. That’s because the credit crunch has been particularly hard on current homeowners seeking to refinance.

Refinance application volume has declined for seven consecutive weeks, not because consumers don’t want to refinance, but because lenders have grown pickier and pickier when scrutinizing these loan applications.

Borrowers typically refinance for one of two reasons: to take equity out of their home or to reduce their monthly payment by obtaining a lower interest rate. 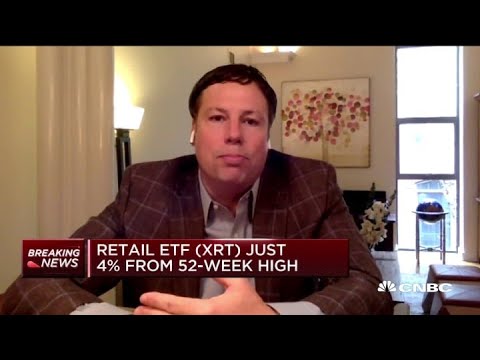 Either way, homeowners emerge with more cash in their pockets, which should provide a boost to the engine of the U.S. economy: consumer spending.

Unfortunately, the economy has been left without this crucial driver of spending growth at a time when it needs it most.