The Portland Trail Blazers will be fixtures in trade rumors for the next month-and-a-half as they attempt to put a disappointing start to the 2019-20 season behind them.

Armed with the hefty expiring contracts of Hassan Whiteside ($27.1 million) and Kent Bazemore ($19.3 million), the Blazers are one of the few teams across the NBA with the salary-matching ammunition to pull off a blockbuster trade.

That makes them a logical landing spot for disgruntled Cleveland Cavaliers forward Kevin Love, who grew up in Oregon and is in the first year of his four-year, $120.4 million extension.

While Love “would prefer” to get traded to Portland, according to Kevin O’Connor of The Ringer, the Blazers would be far better off targeting a different stretch-4: Danilo Gallinari of the Oklahoma City Thunder.

Why not Kevin Love?

Unlike Kevin Love, who will have three years and $91.5 million remaining on his contract after this season, Danilo Gallinari is currently on a $22.6 million expiring contract.

With both Damian Lillard and CJ McCollum signed to massive contracts through 2023-24, the Blazers won’t have much financial flexibility over the next half-decade. If they decide to add a third co-star for Lillard and McCollum, that will be one of the final bullets left in their team-building chamber.

Love, a 31-year-old with a lengthy injury history in recent years, is not the right type of player on which to pull the trigger. 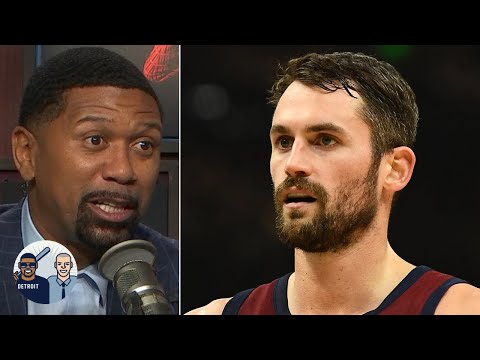 Although Love is a strong rebounder and three-point shooter—he’s averaging 16.1 points, 10.8 rebounds and 2.2 triples while shooting 37.8 percent from deep this season—he has long been a subpar defender. He ranks 83rd out of 95 power forwards in ESPN.com’s real defensive plus-minus this season, which would not help Portland improve its 20th-ranked defense.

If the Cavaliers were looking to dump Love’s long-term salary and would take only expiring contracts in return, he would be a more enticing trade target. But since Cleveland wants some combination of draft picks and young prospects, according to ESPN’s Adrian Wojnarowski, Portland should instead turn its attention to Gallinari.

Why Danilo Gallinari makes more sense for the Blazers

By trading for Gallinari, the Blazers could weaken one of their challengers for a playoff spot while simultaneously bolstering their own chances. 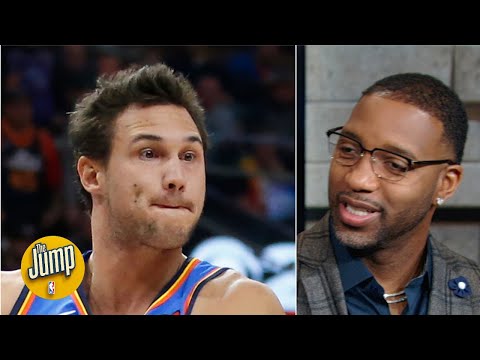 The 31-year-old is averaging a career-high 2.8 three-pointers per game on 39.5 percent shooting, and he’s chipping in 18.0 points, 5.7 rebounds and 2.2 assists in only 30.5 minutes per game. He could give Portland a reliable counterpunch against teams with strong backcourt defenders.

Gallinari will be among the top free agents this summer, which could make the Blazers wary about giving up too much for a potential half-season rental. Only a handful of teams project to have significant salary-cap space, which means Gallinari could be forced to choose between taking a discount to sign with a contender or spending the rest of his prime on a rebuilding team.

Since the Blazers would acquire his Bird rights in a trade, they could exceed the salary cap to re-sign him and give him the best of both worlds. Given his limited options elsewhere on the free-agent market, a three-year, $90 million deal—right around what’s left on Love’s contract after this year—may be his best-case scenario.

In the meantime, Gallinari could help the Blazers surge up the Western Conference standings and salvage their season after a dismal 5-12 start. While another conference finals appearance doesn’t seem likely, a return to the playoffs would give them positive momentum moving forward.

If the Blazers only have to give up something like Bazemore and a protected first-round pick to land Gallinari, he would be far preferable to Love.

Unless otherwise noted, all stats via NBA.com or Basketball Reference. All salary information via Early Bird Rights.