The Dow Jones Industrial Average (DJIA) tumbled into the closing bell on Friday. Stock market bulls are bracing for a wave of brutal economic data, with Goldman Sachs slashing its GDP forecast and ING anticipating that jobless claims will surge to unprecedented levels.

Not even an unexpectedly-strong housing sales report could bolster risk sentiment. That data release is ancient history given the spread of coronavirus and only highlights how ugly the housing market could get in the months ahead.

All three of the major U.S. stock market indices rallied during the morning session but fell into decline later in the day.

Volatility racked the commodity sector, driving crude oil prices nearly 10% lower to $23.40 per barrel. The oil price has been under assault since Saudi Arabia and Russia launched an all-out price war, and there have been no signs that either side is going to flinch.

The price of gold rose 0.4% as the U.S. dollar softened, while silver managed a more impressive 2.8% recovery.

Massive volatility has plagued financial markets over the last few weeks, fueled by the rapid spread of the coronavirus. That volatility has produced unprecedented moves in the Dow Jones, which suffered its largest-ever single-day point drop on Tuesday.

Recent sessions have been less devastating, prompting some analysts to suggest that a technical bounce is imminent. CNBC analyst Jim Cramer agrees, but he still believes it’s too early to call a bottom in the stock market crash.

Where the Dow heads from here will depend on Wall Street’s reaction to what is expected to be horrific economic data in the coming weeks and months.

Goldman Sachs keeps getting more and more bearish, and the investment bank currently anticipates that U.S. GDP will fall by 24% in the second quarter. That’s a gigantic downgrade from Goldman’s previous projection of a 5% contraction.

While drastic, Goldman’s reasoning is not surprising. California went into full “shelter in place” overnight, and New York followed closely behind. President Donald Trump has closed the United States’ borders with both Canada and Mexico for everything but essential travel.

Government stimulus is on the way, but the indefinite nature of the economic shutdown makes for a very nervous stock market.

Yet GDP is not the most frightening forecast on the horizon for Dow bulls. This title belongs to the jobless claims report that is on the way next week.

According to ING economist James Knightley, this data may well hit in the region of two million new claimants as the fundamental pillar of U.S. economic strength – the consumer – is devastated by a massive wave of lay-offs roughly three times as large as financial crisis peaks.

Assuming we average out at a seven-fold increase in claims versus last week this would translate into a 2 million rise in jobless claims.

Over the following couple of weeks, the numbers will drop back from this initial surge but will remain elevated at around the million mark.

It is impossible to tell how much of this pessimism has been baked into the Dow Jones. If markets have already priced for the worst, investors could buy into any release that falls short of the direst predictions. But with the VIX (volatility index) still above 60, anything is possible. 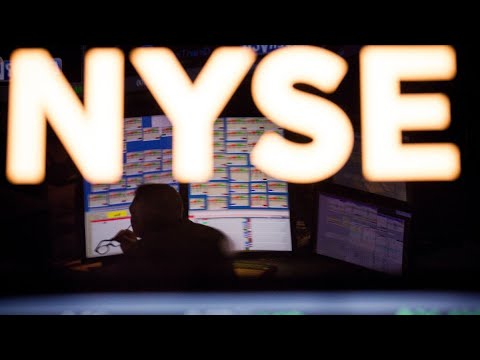 It was a very cagey day in the Dow 30, as some of the index’s biggest stocks – including Apple and Boeing – erased their gains ahead of the closing bell.

Defensive play McDonald’s was a top performer in the DJIA, managing an impressive 3.8% rally. The coronavirus is unlikely to diminish America’s appetite for fast food, particularly since delivery options are more prevalent than ever.

Travelers Companies Inc. led the index with a 6.6% recovery to close out the week on a positive note.

September 23, 2020 1 Comment
← PreviousAnti-Malaria Drug Linked to COVID-19 Cure Is a Bad Investment
Next →Coronavirus Recovery? These 3 CEOs are Betting Huge on Their Company’s Stock