It sounds like Prince Harry is second-guessing his choice to leave the royal family. Who can blame him? It appears that Harry is now stuck in isolation with Meghan Markle in her Vancouver Island mansion.

According to a UK news outlet, a friend of the family says that Harry feels “helpless” and “concerned” about the queen and his father Prince Charles getting infected with the coronavirus.

Unfortunately, he can do nothing now that he’s left them for North America.

Prince Harry Clearly Has Regrets About Abandoning His Family

Meghan said they are grateful, especially Harry, that they could spend time with his family before all this insanity began.

I’m sure he is grateful. They are, after all, his real family. They are the only people he can trust to have his best intentions in mind. Now that he’s holed up in a house with Meghan Markle, he might start to see her true intentions.

According to the same friend, things are about to get awfully cozy.

Only a select few will be able to interact with her, Harry and Archie. She said she’s keeping it to a bare minimum.

Now that her plans for using the royal name to propel her Hollywood career are officially on hold, Harry might soon see what type of person he committed to. I’d also feel tugs of remorse if my family was across an ocean. As Canada just locked down its borders, Prince Harry is about to experience a new life, whether he likes it or not.

Meghan Markle Has Gotten Everything She’s Wanted, Except Her Shady Hollywood Aspirations

Meghan Markle got the man she wanted. She even somehow convinced him to leave royalty and join her in Canada. And as the coronavirus pandemic puts more of the world on lockdown, she also gets to be close to her family. The same can’t be said for her hubby. 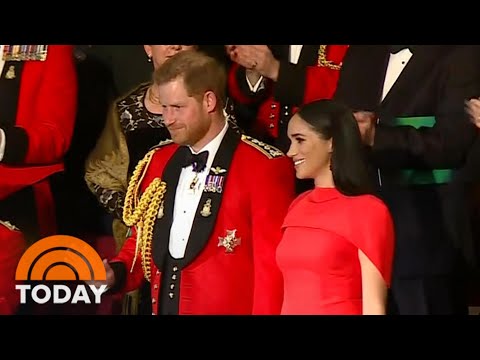 But there’s one thing she still doesn’t have: the life of a Hollywood Royal. With the Canadian borders closed, Meghan Markle is now just a person stuck in a house. Her plans to buy a mansion in Malibu are postponed indefinitely.  Her summer in Los Angeles is likely also cancelled.

On the bright side, these two say they still want to contribute, despite their isolation. Friend of the family said:

She said they are working with a mental health non-profit to create some sort of online support system for those most vulnerable, like new mothers suffering from postpartum depression.

People who lack support systems need reassurance that they are not alone.

Hopefully, Prince Harry can find that same reassurance and support all the way over in Canada.