It looks like Canada is taking the one step forward, two steps back approach to the coronavirus pandemic. Canadian Prime Minister Justin Trudeau announced today that he would be closing his country’s borders to non-citizens. For the time being, U.S. citizens are excluded from this ban.

While the border closing may be an essential step, it means little considering the steps they’re still failing to take.

Why Are Shopping Malls Are Still Open in Canada?

Amazingly, shopping malls in Canada are still open for business. Some have decided to cut back on hours, but last time I checked, the coronavirus doesn’t have a curfew.

Canada is missing its chance to clamp down on the spread of the deadly virus. Shopping malls are like cruise ships for land-dwellers. They’re Petri dishes for infection. According to Reader’s Digest, places like the West Edmonton Mall employ 23,000 people and average over 75,000 visitors per day. While they’ve closed certain attractions like their waterpark and bowling alley, their 800 stores still appear to be open. 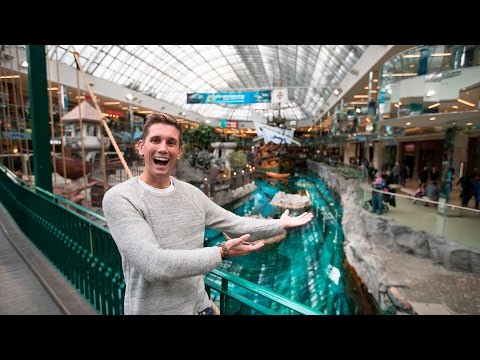 Reports have indicated that the coronavirus can live on surfaces for days. Even if the daily visits are cut in half from virus concern, that’s still a small city’s worth of people congregating together.

It raises the question: what good is the border closure going to do if Canada isn’t properly handling the situation in their own country?

Spread Will Soon Accelerate in Canada

According to Johns Hopkins University, Canada currently has 375 cases of coronavirus infection. While that number pales in comparison to headliners like China and Italy, they all, of course,  started with similarly small numbers.

On March 6th, the U.S. passed the threshold of 300 total infections.  Just ten days later, they’ve ballooned to 4,138 cases. Canada should take a good look at their neighbors to the south and recognize that they need to take more drastic measures.

New York state is now dealing with nearly 1,000 infections. And New York borders, you guessed it, Canada. U.S. citizens from that state are still free to pass through the border and bring whatever viruses they have in tow.

Will Mexico Close Its Borders Next?

The United States is, sadly, the hardest-hit country in North America. According to Johns Hopkins, COVID-19 cases in Mexico currently sit at a mere 54. Could they soon commit to a border closure against the U.S.?

If it were technically necessary to consider mechanisms of restriction or stronger surveillance we would have to take into account not that Mexico would bring the virus to the United States, rather than the United States could bring it here.

It could be worth it for the irony alone. Donald Trump steamrolled his way into the U.S. presidency by yelling for the construction of a border wall against Mexico. Maybe they’ll finally agree to close off borders to protect themselves from Americans.

The U.S. is woefully underprepared for an outbreak of this magnitude. The situation will likely only get worse. Canada should learn from other countries’ mistakes and act swiftly.

Disclaimer: The opinions expressed in this article belong to the author and do not necessarily reflect the views of CCN.com.