Marvel’s Avengers, the upcoming superhero tie-in from Crystal Dynamics and Square Enix, with feature Spider-Man as an exclusive character for PlayStation platforms.

As one of the most popular superheroes in the world, this is a massive get for Sony, and will likely shift a significant amount of players over to their platform.

Spider-Man is Synonymous with Sony

Video Games Chronicle uncovered this news thanks to a removed listing from retailer Base.com. The description simply reads, “Play as Spider-man exclusively on PS4.”

Of course, this news shouldn’t come as a massive surprise. Spider-Man is synonymous with gamers with the PlayStation platform, thanks to the enormous success of Insomniac’s Marvel Spider-Man title.

However, note that Square Enix’s Avengers title has aligned itself with PlayStation since the beginning.

Those on PlayStation will receive exclusive emotes, nameplates, themes, and even early beta access to Avengers. That, and they can play the game 72 hours before its launch. Genuine Marvel fans are bound to flock to Sony’s platform for all of these benefits.

Avengers on PlayStation 5 is the Way to Go

We know Avengers will see a significant Xbox Series X and PlayStation 5 upgrade, though the studio only really talks about the PS5 changes. The title will take great advantage of the PS5’s SSD with two-second loading screens to boot.

Crucially, Avengers utilize the DualSense controller haptics and triggers, with 3D audio features as well. That’s not to mention cross-play with PS4 gamers. With these changes, anyone in their right mind would prefer the PlayStation version above all.

Watch Now: Why Next-Gen Avengers is a Killer Deal 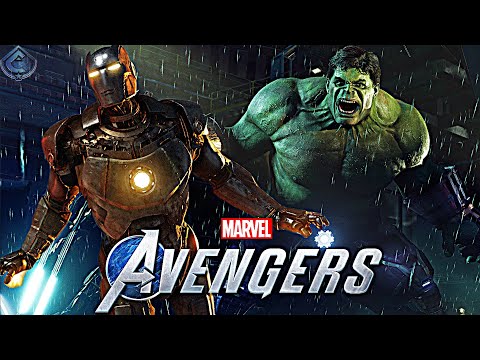 Gamers who upgrade to the PlayStation 5 will enjoy more Spider-Man goodness with the Miles Morales standalone expansion, too. With the Avengers branding being such a powerhouse, it appears Sony made a good bet partnering with the franchise.