Wells Fargo Center nearly crumbled under arena-wide euphoria after Ben Simmons drained a three-pointer in his team’s blowout win over the Cleveland Cavaliers on Dec. 8. 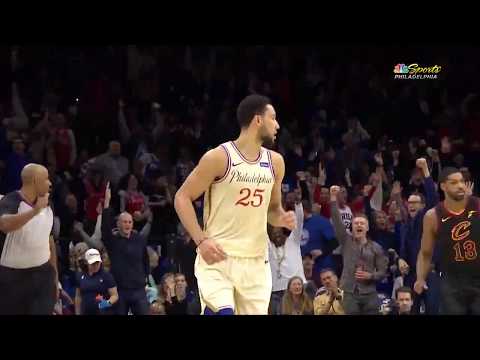 Instead of reveling in a moment that’s proven far, far too fleeting throughout Simmons’ career, after the game Philadelphia 76ers coach Brett Brown used it as motivational fodder for his non-shooting point guard.

Brown was undoubtedly thrilled that Simmons made his second triple since entering the league but still not overly pleased. He wanted more, publicly imploring Simmons to take at least one three per game from that point forward.

Brett Brown on Ben Simmons: “You can pass this along to his agent, his family, his friends and him: I want one 3-point shot a game minimum… And the mentality where he’s turning corners and trying to dunk or finish tight will equal higher efficiency.” pic.twitter.com/FyJVlN7KhK

Simmons has launched just a single three-pointer since then, and it came from halfcourt with the game clock ticking toward zero. Needless to say, that’s not the the type of shot Brown was begging him to take two weeks ago.

The Sixers’ success since his debut in 2017-18 has made it easy for Simmons to downplay the sweeping effects of his inability to shoot. But they doubled down on size and defense over the summer, further cramping a floor that was already low on space with Joel Embiid demanding a heavy dose of touches on the block and Simmons’ defender laying several feet off of him.

Philadelphia’s talent has trumped that problematic dynamic for the most part and has continued to in 2019-20. Despite having played just 11 games with their ballyhooed starting lineup available, the Sixers are 20-9, with the league’s tenth-best net rating. They’re bound to improve with additional health, continuity, and chemistry as the season continues.

But some of the structural challenges facing the Sixers will be impossible to overcome in the playoffs unless Simmons heeds Brown’s request, a reality on full display in their depressing loss to the Miami Heat on Wednesday.

The Heat played a sizable portion of the game sitting back in a 2-3 zone. While their likely struggles to defend Embiid one-on-one contributed to that strategic gambit, it was also at least partially rooted in Philadelphia’s collective lack of three-point range.

Chilling out on the opposite block, negating would-be passing lanes and allowing the defense shorter rotations, is always a losing game for an offensive player, but especially a point guard.

Even when he initiated half-court offense from the perimeter, Simmons refused to take advantage of the ample space Miami afforded him. In the clip below, he doesn’t even deign to spot-up for a jumper before following his pass to the paint.

The result? Philadelphia’s first home loss of the season and boos from the home crowd before Simmons and company made the final score look competitive with a late-game run.

A vocal subset of league analysts have clung to the notion that Simmons won’t ever make substantial improvements as a shooter.

Before this season, that line of thinking was not difficult to dismiss. Simmons is still just 23, after all, and those in the know rave about his work ethic. If he didn’t begin extending his range in 2019-20, with the Sixers chasing a championship and his team increasingly low on shooting, then the possibility of him never developing a reliable jumper warranted legitimate consideration. 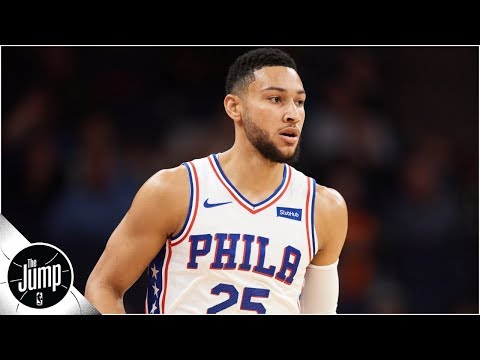 Where does that leave us now?

Simmons’ implicit rejection of Brown’s plea certainly allows for even less room for optimism than there would be otherwise. Clearly, Philadelphia is content with Simmons honing his long ball on the fly; what’s becoming just as obvious is he doesn’t share that comfort, and maybe there’s nothing that will change his mind.

What might? Another disappointing postseason exit, which seems like the Sixers’ destiny unless Simmons starts making defenses respect him from beyond the arc.