While Luka Doncic turns out one of the best seasons ever by a 20-year-old, the players drafted ahead of him should brace for criticism.

Luka Doncic is making a lot of people in the NBA look stupid.

Take, for example, the Golden State Warriors. Doncic had more points, rebounds, and assists than the entire Warriors team in the first quarter on Wednesday night.

Or how about the San Antonio Spurs. They just let a 20-year-old from another country drop a 40-point triple-double on their heads.

But more than any of the teams he beats, Doncic is making fools out of the teams that passed on him. Doncic, just like Michael Jordan, was drafted 3rd overall. That means that at least two teams passed on an all-time generational talent. (It’s really three because the Atlanta Hawks essentially traded the pick to Dallas).

The one name that’s ridiculed more than any other in Jordan’s 1984 draft class is Sam Bowie. Doncic will certainly make someone look like Sam Bowie in the years to come. 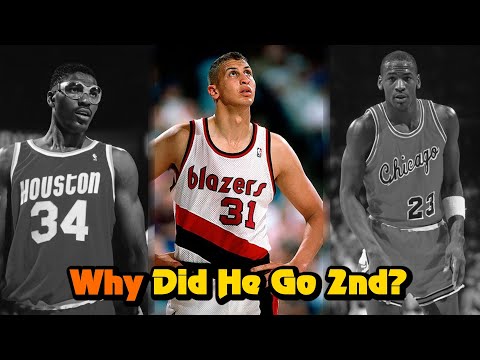 Sam Bowie was drafted second overall by the Portland Trail Blazers. That’s one spot ahead of the greatest basketball player ever. Jordan went on to define basketball for the next 15 years, and really, indefinitely. He put the Chicago Bulls on the map. He created one of the most iconic brands known to man.

Sam Bowie played in the NBA for 10 years. He suffered through various debilitating injuries and eventually retired with averages of 10 points and 7 rebounds per game. That’s not bad, but it’s horrific when you’re drafted ahead of Michael Jordan.

35 years ago today, The Chicago Bulls drafted Michael Jordan with the 3rd pick since they were unable to trade the pick & big men Hakeem Olajuwon & Sam Bowie went 1 & 2: https://t.co/W0Z0Cf2SFJ pic.twitter.com/Q4DlDeTecj

Now that Doncic is on his way to the single greatest season ever by a 20-year-old, we have to wonder who he’s going to turn into the next Sam Bowie.

Is it Marvin Bagley III, the second-overall pick in 2018? Is it Trae Young, the player the Atlanta Hawks effectively traded Doncic away for?

So far, the most obvious candidate is last year’s number one overall pick Deandre Ayton.

Ayton had a pretty good rookie year, averaging 16 points and 8 rebounds per game. But just one game into his sophomore campaign, he was suspended 25 games for using a banned substance.

While he’s been suspended, the Suns have put together one of their most competent stretch of games in two years. They beat title contenders like the Clippers and the Sixers while losing to Denver and Utah by one point each.

Backup center Aron Baynes has blossomed as a starter. Some have even wondered if he should remain the starter when Ayton returns. It’s a fair question. Ayton is the type of big, lumbering center that NBA is seemingly starting to phase out.

While Marvin Bagley III is also a big, he’s quicker on his feet and more capable of the versatility that the modern game demands. Trae Young is no Luka Doncic, but he’s already drawing Steph Curry comparisons.

Ayton could still wind up being a very good NBA player, but as of now, he’s the most vulnerable to future ridicule.

Luka Doncic Is Proof That the NBA Lottery Doesn’t Matter

Despite being one of the most decorated players ever to enter an NBA draft, three teams decided to pass on Doncic. All three of these teams have been bad for a long time.

The one team that did whatever they could to move up and draft him is considered a marquee NBA franchise. Dallas Mavericks owner Mark Cuban, although far from perfect, looks just plain smarter than his peers.

While NBA teams debate over draft lottery odds, last year’s draft makes it clear that intelligence is more important than draft position. The smartest teams draft the best players. And the teams that don’t are stuck with scrubs like Sam Bowie.