The air of invincibility that only months ago engulfed Liverpool Football Club has well and truly evaporated.

The Champion’s alarming capitulation at Aston Villa may have heralded a new era for opposing sides who will feel the Merseyside giants can be got at now.

Jurgen Klopp cut a ghostly figure on the sideline on a staggering night at Villa Park, helpless as his well-oiled, winning machine meekly folded in on itself.

It might have taken Liverpool seven games to ship seven goals at the start of last season, but it took Jack Grealish and co just ninety minutes in a blistering demolition derby in Birmingham.

A humiliation was on the cards

The warning signs had been starting to gather for some months now and, on Sunday, the gathering clouds broke in a spectacular maelstrom that left the champions scurrying for cover.

Ever since their shock loss to Watford before the Covid-19 lockdown, Liverpool have looked shaky at the back.

They only just scraped past a newly promoted Leeds side while Arsenal had chances aplenty. Even Chelsea would have been disappointed not to score.

For so long that Liverpool backline conducted themselves with a supreme nonchalance, making light work of some of the best attacks in the world. Now, however, that very same casual superiority that made them seem like an impenetrable wall may just be getting the best of them. 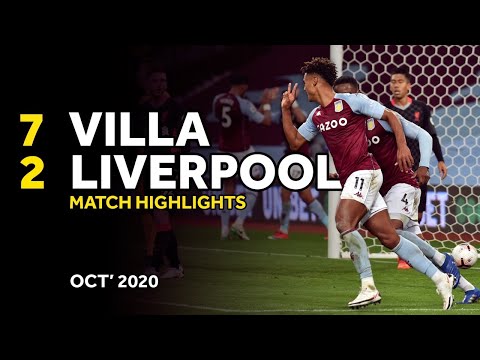 It is almost as if the scales have tipped from a confident surety to a fatal arrogance.

Virgil van Dijk’s mistake against Leeds was a tell-tale sign. In the past, the big Dutchman would have ruthlessly dealt with that long ball, leaving no room for error. Instead, he tried to bring under his spell, miscued and Leeds scored.

Andrew Robertson’s apologetic attempt at a clearance against Arsenal was also carelessly casual, gifting the Gunners the lead before their marvelous attack bailed him out.

Finally, at Villa, the chickens came home to roost.

Before the Aston Villa humbling, Liverpool had caught more opposition attackers offside than any other team in the last two seasons. On Sunday, Villa expertly exposed that high line as they ran riot all night.

Is the Liverpool title defence on the rocks?

It is still the same backline that won them a sixth European Cup and helped them rack up 99 points in the league.

You can be sure that Klopp won’t take this lightly at all and the players themselves will be immensely embarrassed by how they rolled over.

One of the most impressive character traits of this Liverpool team under Klopp has been their mental fortitude. They have consistently shown themselves to be over-comers and the Villa catastrophe might be the wake-up call they needed. 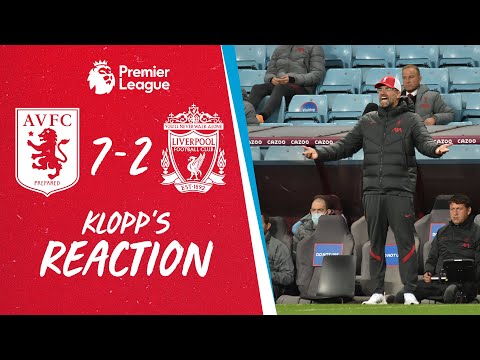 Liverpool began to improve exponentially after a similar embarrassment at the hands of Tottenham in 2017. They picked themselves up, dusted themselves off and got straight back to it. The Anfield faithful will be hoping for an identical response.

In truth, they are probably still favourite to win the league. There are all of 34 games to play, but, you cannot escape the fact that Villa exposed a frightening vulnerability that not even Klopp knew existed.

With Alisson set for a spell on the sidelines, that defence will have to realise that they are no longer the be-all and end-all of backlines and buck up. The Reds are in a scrap for the first time in a while and their casual nonchalance has to go.

Where to for Klopp and his men?

From here, it can go one of two ways.

Either, the Reds season will constantly lurch from massive highs to Villa-Esque sorts of lows, or, with the sound of Klopp’s enraged bellowing whipping at their backs, the beast will reawaken.