Lamar Jackson wasted no time propelling the Baltimore Ravens to contention. The sophomore signal-caller began his burgeoning MVP candidacy by throwing for five touchdowns in a Week 1 romp over the Miami Dolphins, proving offseason chatter about his major strides as a passer was rooted in much more than hopeful optimism.

Over two months later, Jackson is running away from the rest of the field in the MVP race, and Baltimore is on a league-best seven-game winning streak. But as much credit as Jackson deserves for his team’s performance, it’s the Ravens’ much-improved defense that’s turned them from intriguing playoff team to prohibitive Super Bowl favorite. 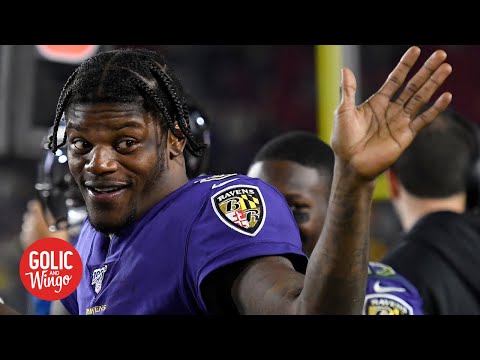 Defense was supposed to be Baltimore’s downfall in 2019. A franchise long identified by its dominance on that side of the ball let several marquee defenders walk in the offseason. Worse, the Ravens did little to replace them, mostly counting on internal improvement to offset the losses of stars who led them to the best defense in football a year ago.

Four games into the regular season, it became clear that defense would be what holds Baltimore back. John Harbaugh’s team surrendered a total of 73 points in back-to-back losses to the Kansas City Chiefs and Cleveland Browns, dropping it to 24th in Football Outsiders’ defensive efficiency. The Ravens’ worst fears weren’t only being realized, but seemed increasingly unlikely to be overcome. 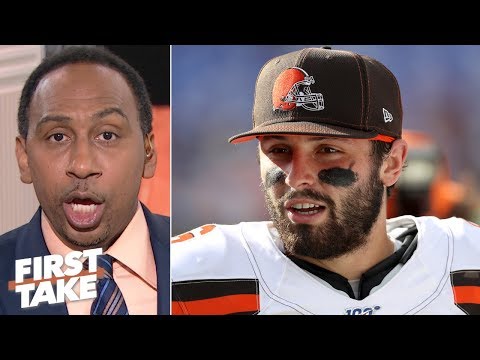 You’d hardly know it two months later. The Houston Texans and Los Angeles Rams’ high-flying offenses combined for 13 points against the Ravens over the last two games, while Tom Brady played perhaps his worst game of the season in Baltimore’s statement victory over the previously unbeaten New England Patriots on Nov. 3.

Suddenly, the Ravens are the most well-balanced team in football. And while there’s no single reason for their stunning defensive turnaround, the midseason addition of cornerback Marcus Peters – as his play in Baltimore’s victory over Los Angeles made clear – has meant even more than his stellar production suggests.

The Layered Impact of Marcus Peters

Baltimore sent reserve linebacker Kenny Young and a fifth-round pick to Los Angeles in exchange for Peters on Oct. 15. That’s a paltry price to pay to acquire a player of Peters’ resumé, but he’d quickly fallen out of favor with the Rams, and his combative personality drove down his value across the league.

Peters has a whopping 27 interceptions for his career, more than any other player since he entered the league in 2015. That he’s already picked off three passes since being dealt to Baltimore isn’t all that surprising. But his production failed to align with team-wide defensive performance during his time in Los Angeles, lending credence to the notion that Peters’ true effect didn’t match his numbers.

The Ravens are now top-10 in defensive efficiency, on the strength of football’s third-ranked pass defense. Peters’ tangible impact is undeniable. Maybe looming larger, though, is the sense of brash confidence he’s re-instilled in the Ravens, a dynamic on full display against Los Angeles.

After Peters picked off Jared Goff, he openly taunted Jalen Ramsey, the superstar who replaced him with the Rams, from the sidelines.

Marcus Peters was yelling "Jalen!" from the sideline after his interception 💀 pic.twitter.com/CtN4O1SBWk

Jackson is Baltimore’s best player, and the one who will most decide its fate come playoff time. He’s changing football like few players ever have.

But Peters’ influence on the Ravens is indisputable. Not only has he fortified his new team’s pass defense, but Baltimore is again comporting itself with the aggressiveness and arrogance defensively that’s long defined it.

Every Raven in history came out to celebrate Marcus Peters interception against his former team pic.twitter.com/d4U0OgRbhp

And just as they followed his lead on Monday night, defending him in a postgame flare-up with Ramsey, the Ravens seem poised to follow Peters all the way to the Super Bowl.