Gold's breakout accelerated on Thursday as the Fed tried to put a stop to rate-cut expectations. | Image: shutterstock.com

Gold charted a fresh seven-year high Thursday after the Federal Reserve’s top brass tried to temper the market’s expectation of another rate cut this year.

As CCN.com reported earlier in the week, traders aren’t buying the Fed’s narrative on monetary policy amid signs the global economy was headed for a soft landing.

The yellow metal has rallied for six straight sessions, adding 3.2% over that stretch. Year-to-date, bullion is up 6.4%.

A surging U.S. dollar has failed to interrupt gold’s rally this week. The greenback is currently trading at nearly three-year highs against a basket of competitor currencies. 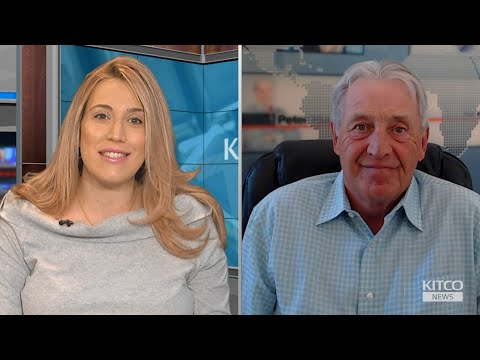 Faced with a slowing global economy, the rapid spread of coronavirus and record central-bank accommodation, investors have diverted more of their funds into gold.

On Thursday, risk-off sentiment was evident by the sudden decline in stock prices as the Dow Jones Industrial Average sold off more than 400 points. Perhaps paradoxically, gold was rallying even when stocks were at record highs, a clear sign investors were hedging their bets.

Economists are still trying to quantify the impact of coronavirus on global GDP, but if early estimates are anything to go by, China’s economic slowdown could have a cascading effect on its trading partners.

If coronavirus becomes a bigger deal that investors initially perceived, we can expect a large correction in the major indexes. That’s according to Goldman Sachs, which issued a dire warning to its investors.

On Wednesday, Goldman analysts said stocks could experience a sharp correction as the impact of coronavirus gets priced into earnings and economic data.

Fed: No Rate Cuts This Year 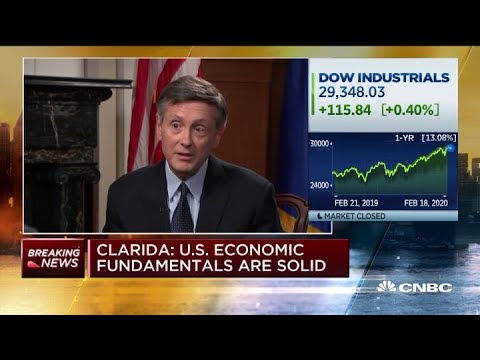 Members of the Federal Open Market Committee (FOMC) are still trying to set the record straight on interest rates. Despite forecasting no rate cuts this year, traders believe that multiple reductions could be in the cards before 2020 is over.

Currently, Fed Fund futures prices imply only a 13% chance that rates stay where they are by December.

Dallas Fed President Robert Kaplan released an essay Tuesday morning where he touted the apparent strength of the U.S. economy. In that essay, Kaplan said the target for the federal funds rate is likely to go unchanged this year.

Meanwhile, the Fed’s Vice Chair Richard Clarida said Thursday markets are overestimating the likelihood of a rate cut. In an interview with CNBC, Clarida said:

Market pricing for rate cuts is a little tricky, because there’s market expectations for rates, there also can be term and liquidity premiums… I don’t think when you ask folks they’re pricing in that rate cut, even though market pricing might suggest that.

While monetary policy and gold have a complex relationship, the Fed’s actions influence short-term interest rates and the very start of the Treasury yield curve.

The sharp decline in yields (both in a nominal sense and in a real sense) has a direct impact on gold. If interest rates are struggling to keep up with inflation (as they are now), gold is likely to remain in an uptrend. That’s the real reason gold is surging, and why it will probably continue to do so.