Rebounding stock prices and a surging dollar failed to stop gold’s ascent on Wednesday, signaling a bifurcation in investor sentiment.

The price of gold was approaching seven-year highs on Wednesday, as investors shrugged off a surging dollar that’s normally seen as a headwind for precious metals.

Gold is rallying on the back of renewed haven demand as central banks prepare more easing measures to prop up sagging economies. In the case of the Federal Reserve, multiple rate cuts are on the table this year, according to traders closely monitoring the situation.

April gold futures jumped 0.7% to $1,614.40 a troy ounce on the Comex division of the New York Mercantile Exchange, coming within $5.20 of a new seven-year high.

The yellow metal has been rallying all year long on haven demand and technical buying. Year-to-date, gold is up nearly 6%.

Zooming out even further, gold has recovered more than 52% from its cycle low in late 2015. As the following five-year chart illustrates, gold’s recovery has been far from linear.

Commodity traders were undeterred by a surging U.S. dollar, which extended its breakout to nearly three-year highs. The U.S. dollar index (DXY) rose 0.3% to 99.71. 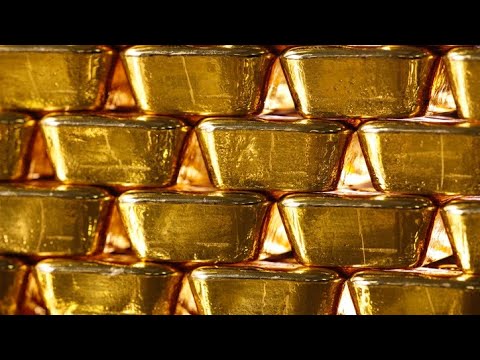 Gold has broken record highs in virtually every major currency except the U.S. dollar, but that could be about to change very soon.

Citigroup believes gold could top $2,000 a troy ounce in the next 12 to 24 months, marking a new record high for the precious commodity.

According to CNBC, Citi analysts believe:

Gold should perform as a convex macro asset market hedge, resilient during ongoing risk market rallies but a better hedge during sell-offs and vol spikes.

Precious metals are a reliable hedge against many of the risks keeping investors up at night. A year-long corporate earnings recession has fueled anxiety about the business cycle, while the spread of coronavirus is expected to have major repercussions on China and its key trading partners.

Long before coronavirus became a thing, U.S. futures traders were expecting the Federal Reserve to slash interest rates this year. Now that the Fed has publicly acknowledged coronavirus as a headwind to global growth, traders are prepping for multiple cuts before the end of 2020.

Fed Fund futures prices imply only a 16.3% chance of interest rates remaining at current levels by December. (The Fed previously said interest rates would remain on hold this year, but traders don’t buy it.)

The effect of interest rates on precious metals isn’t fully understood, but the circumstances surrounding the Fed’s easing measures should be a boon to precious metals. Although the U.S. economy doesn’t face the risk of an imminent recession, the market’s favorite recession indicator flashed red on Tuesday, a sign investors were hedging their bets.

September 25, 2020 1 Comment
← PreviousWhy Virgin Galactic Stock Will Come Crashing Back to Earth
Next →Dow & Gold Rally in Unison as Fear Mixes with Euphoria on Wall Street