As the coronavirus spreads, Europe is changing

On March 12, the European Union reacted with anger after President Trump announced a travel ban. European officials such as Ursula von Leyen and Charles Michel cried that the Covid-19 pandemic is a “global crisis,” and as such, it “requires cooperation rather than unilateral action.”

Only five days later, the European Union proposed the closure of its external borders for a minimum of 30 days. 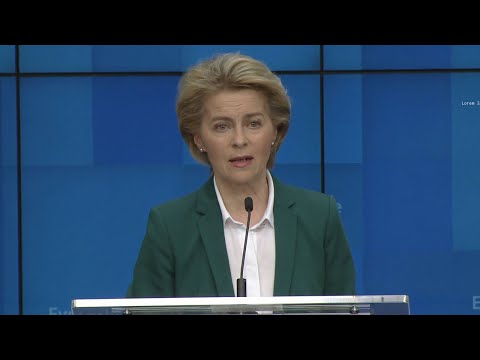 As the world readily condemned President Trump for his approach to combating the coronavirus, with harsh criticism from all sides of his “rhetoric” and “brazen attitude,” it seems that those rules no longer apply. Well, unless you’re President Trump.

French President Emmanuel Macron announced that “we are at war” in a television address. Could you imagine the furor if Trump had made a comment like that?

A global crisis requiring international cooperation is slowly becoming a situation where it truly is every nation for themselves.

While the majority of EU nations avoided going down the road that Trump did initially of prioritizing the damage to the stock market over the threat to human life, we’ve still seen a disturbing trend emerge.

And it’s most noticeable in Germany.

Germany likes to lead from the front – but not this time

Long one of Europe’s powerhouse nations, Germany tends to be at the forefront of EU matters. And rightfully so.

As things stand, it is best-equipped to deal with the coronavirus threat. Germany boasts an estimated 28,000 intensive care beds and 25,000 ventilators. Reports indicate that 10,000 more are on the way.

Germany is as well prepared for this outbreak as any nation could hope to be.

Compared with neighbor Italy, whose plight has been well-documented, you’d imagine that Germany would be in a position to offer a helping hand.

European unity and all that, right?

Smaller EU nations aren’t getting the help they need

Germany halted the export of medical-grade protective equipment. And who stepped in to fill the void but the coronavirus pandemic villain itself?

Serbian President Aleksandar Vicic was forced to make this passionate plea to China for assistance in the face of EU refusal (video from Twitter):

Help from halfway across the world while a nation rich in resources stands by and watches.

Even more ironically, China sent equipment to Germany too.

There is another online EU summit on the agenda for this week, demanded by Council President Charles Michel.

The overriding message remains one of EU coordination and collective action. Yet one of the EU’s most powerful champions has not lived up to those platitudes.

Shame on you, Germany.