The European Central Bank (ECB) and other central banks might follow the Federal Reserve’s inflation policy. If that happens, it could massively buoy the sentiment around the gold price trend in the medium term.

Three factors surrounding the ECB could strengthen the bull case of gold in the coming months.

First, the ECB is trying to lower the value of the euro to avoid cheaper imports. Second, the bank wants to see a similar inflation rate as the U.S. Lastly, the gold price has consolidated due to the rising U.S. dollar and euro. An extended consolidation phase could trigger a stronger upside movement.

In recent weeks, the value of the euro has strengthened against other reserve currencies.

Analysts attributed the euro’s upsurge to the eurozone’s favorable stimulus and a recovering economy.

But for the ECB, a high euro presents significant challenges. It eliminates the advantages of exporters in the eurozone. It might also hinder inflation as cheaper imports slow the European economy.

Stores of value and safe-haven assets, like gold, are valued against reserve currencies. If the ECB moves to devalue the euro, it could cause the gold price to pick up momentum in the medium term.

“Fundamentally, every change in exchange rates is a change in price and competitiveness… the exchange rate advantage will be exploited in the battle for contracts.”

Investment banks say that the ECB lacks the tools to have an immense impact on the euro’s value. That could mean that the gold price might not benefit from it in the immediate future.

But over the longer term, as the pressure on the euro intensifies, it could amplify the next bull run of the precious metal. BNP Paribas, the French banking giant, wrote in a note:

“We argue that the ECB lacks effective options to respond to the euro’s appreciation. Instead, verbal pushback on the exchange rate is likely to continue, coupled with a more balanced, but overall still cautious tone on the economy.”

Natixis strategist Dirk Schumacher said that the euro’s appreciation has become a “headache for the ECB.” The firm expects to see intervention from ECB president Christine Lagarde to ease policies further.

The ECB is battling the rising euro but strategists are skeptical about the ECB’s tools. Watch the video below: 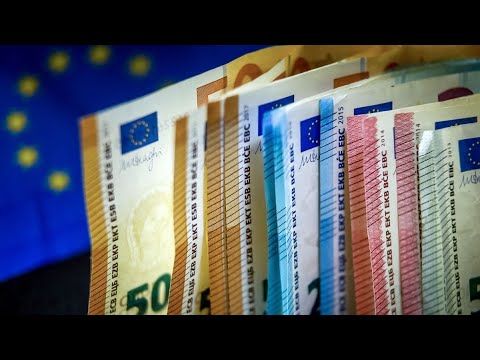 A large part of the reason behind the ECB’s fear for the surging euro is its potential impact on inflation.

When eurozone exports are at a disadvantage due to the high euro, it could cause inflation in the country to rise.

Former ECB vice president Vitor Constancio said in an interview that ECB would likely follow the Fed on targeting higher inflation. He said:

“It is very likely that the ECB and other significant central banks will follow the Fed on that, because coming out of such (a) type of crisis, there may be price spikes, which are not necessarily inflation. But it is important that monetary policy is seen as allowing, temporarily, headline inflation going above the target.”

The Fed’s 2% average inflation policy allows the central bank to bump inflation when the economy slows temporarily. The Fed attempts to achieve a 2% inflation rate over time, but it could vary in the short term.

If the ECB adopts a similar policy, the gold price would largely benefit over the long term. Avid gold investors, including the likes of Peter Schiff, believe inflation could be the bedrock for the metal’s next rally.

After an explosive rally to a new record high, a consolidation phase resets the market and neutralizes order books in spot markets.

The start of an accumulation period, a stable gold price, rising inflation, and the negative outlook on reserve currencies brighten the sentiment around gold in the upcoming months.

Disclaimer: This article represents the author’s opinion and should not be considered investment or trading advice from CCN.com. The author holds no positions in gold.