The Dow Jones crept sideways on Tuesday as a hotly anticipated economic speech by President Donald Trump in New York failed to provide any real insights into the trade outlook.

Keeping the stock market afloat was the fact that Trump continues to lead Dow bulls with the carrot that a trade deal with China could happen soon.

Dow Jones Struggles as Traders Run Out of Fuel

Of the three major stock market indices, the Dow Jones Industrial Average was the worst performer. Minutes before the closing bell, the Dow had declined 32.24 points or 0.12% to 27,659.25.

In keeping with the recent trend, the price of gold dipped further beneath $1,500 before stabilizing, and crude oil gave up earlier gains to decline 0.11%.

While Trump’s economic speech was a high-tier risk event for markets, it was clear that there was nothing new to learn.

The Dow Jones has generally enjoyed positive developments in the US-China trade war, but the president appeared to be still suggesting that tariffs were set to move higher rather than recede. 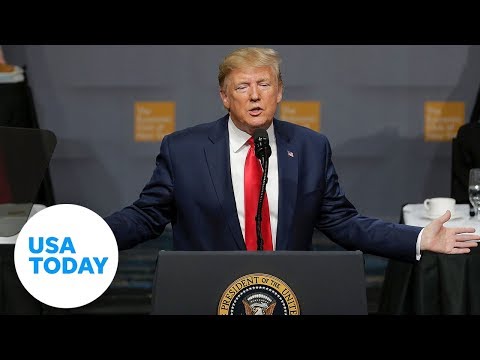 As has often been his tactic, Trump also opted to take aim at the Federal Reserve for their current stance on monetary policy.

Despite the lack of progress in trade, optimism in the stock market is high after a better than anticipated earning season for a slew of major corporations.

This economic enthusiasm has prompted some wild forecasts from Trump officials, while hedge funds have also built up colossal short volatility positions in the CBOE VIX index. The latter option suggests that Dow bulls could be getting a little complacent if markets were to come under unexpected pressure.

Nordea Senior Macro Strategist Sebastian Galy believes that the VIX bears probably have it right. Speaking with CCN.com, he highlighted potential weakness in risk-on equity plays related to China and the global outlook.

The Chinese economy is weaker than official data suggest. The Alibaba single day sales are an indication of the demand for discount in China and a bit in Russia, not a strong indication of the health of consumption, which is in any case likely decent for the mid to high end (see the solid earnings of LVMH for example).

The US president has few levers to play with. Without a deal, he would likely make another attempt to remove Powell at the Fed something that has gone poorly with the markets he is so sensitive to. In conclusion, a deal is coming and this dip in the equity markets including exposures to China and growth stocks are an opportunity to buy.

One of the catalysts for traders’ confidence in equities may spring from the fact that Joe Biden has mounted somewhat of a comeback against left-wing Democratic presidential candidate Elizabeth Warren. At the very least, Biden’s lead has not eroded in three of the four major 2020 Democratic polls. Dow-friendly moderate Michael Bloomberg is not yet formally in the race, but he could still mount a challenge.

It was another extremely mixed day for the Dow 30 as the stock market traded close to record highs once again.

Disney stock was a shining star in the index because it launched its new Disney+ service. Demand for the new streaming platform apparently “exceeded” Disney’s expectations, which shielded DIS from any negative ramifications after the new service ran into some issues on its first day. 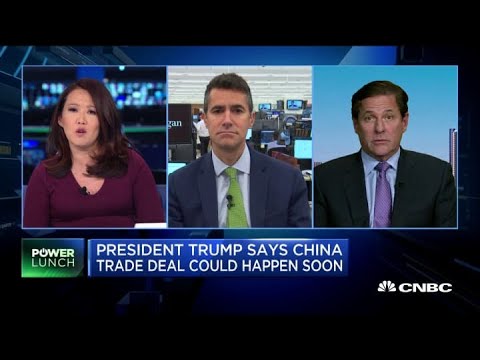 Boeing was weighing on the Dow Jones, as markets assess the economic costs associated with trying to restore public faith in the 737 Max now that investors have a timeline for its return to the skies. The inevitable blow to demand for the jet may also be troubling shareholders.

Caterpillar lost 1.3%, possibly due to the lack of trade war progress, while Apple has run out of steam, drifting lower from its record highs.

Dow Under Pressure as Pre-Election Jitters Weigh on U.S. Stock Market
No Comments
← PreviousStock Market Bubble to Grow Bigger as S&P 500 Targets 3,850, According to Bank of America
Next →The Dow Jones Just Experienced a ‘Once-in-a-Decade’ Event