Former New York Stock Exchange President Thomas Farley took the gloves off in a savage takedown of Elon Musk and his complicated relationship with the truth, asking: “How do you even triage the false and misleading claims that come out of Tesla to decide which ones to take issue with?”

His statement came in response to a CNBC anchor’s news piece that the National Highway and Transportation Safety Agency had taken issue with a Tesla blog post regarding safety.

Do investors need to worry about information coming from Tesla?

"How do you even triage the false and misleading claims that come out of Tesla to decide which ones to take issue with?" says former NYSE President @ThomasFarley $TSLA pic.twitter.com/vddjr8rBdA

Tesla had said the Model 3 had the lowest probability of injury of any car tested by the NHTSA.

Disputing that, the agency sent a cease-and-desist letter to Tesla and Elon Musk last October, stating there was no “safest” ranking within its system for crash tests. However, the Model 3 was ranked five stars, the highest ranking the agency provides.

The NHTSA issued subpoenas to Tesla demanding information on several of its crashes, and also said it was not the first time that Tesla had disregarded the agency’s guidelines in terms of issuing statements that might cause consumer confusion.

For their part, Elon Musk and Tesla said that the Model 3 scored an injury probability of 5.7% and that no vehicle had ever achieved that low of a score.

Is The NHTSA Being Too Picky?

In this case, it’s fair to say that the NHTSA is being ridiculously picky with its cease-and-desist letter. On a strict letter-of-the-law basis, it seems like Tesla violated the agency’s guidelines. Still, if Tesla’s safety score was, in fact, translated to the lowest injury probability ever, then this is a federal agency engaging in overreach.

That does not mean that Thomas Farley is inaccurate. If anything, the ex-NYSE chief is exactly right when it comes to Tesla’s claims. It’s difficult to keep track of all the promises that Elon Musk has made over the years, and then failed to deliver on.

More to the point, there are so many claims that Elon Musk and Tesla have put out over the years that could be regarded as false and misleading. It’s a wonder the Securities and Exchange Commission (SEC) has not launched enforcement actions against the company, beyond suing Elon Musk for his Twitter antics.

Elon Musk Has Misled the Public Many Times

For example, early in 2018, a group of 80 Tesla Model S owners sued Tesla for misleading advertising. The company claimed its cars would deliver 522 kW of power, but the vehicle owners said the cars only delivered 350 kW.

The SEC has already hit Elon Musk and Tesla with a multimillion-dollar enforcement action and settlement over claims he made last year regarding taking Tesla private. The settlement also cost Musk’s role as chairman of the company. 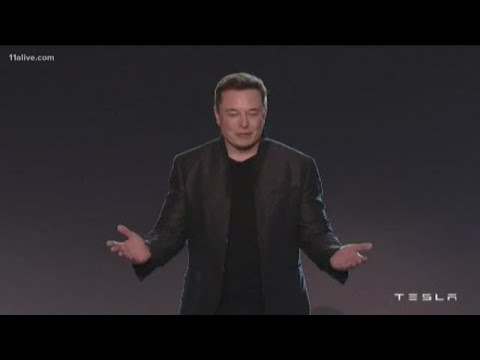 Elon Musk and Tesla have arguably misled the public regarding its $35,000 price tag on the Model 3 since buyers were repeatedly hit with aggressive upsells. Many of these same drivers were promised certain delivery dates for the cars, and true to form, the dates were repeatedly delayed.

The Center for Auto Safety issued a call to the Federal Trade Commission and other state attorneys general to investigate Tesla for deceptive practices. The consumer watchdog claims that Tesla should not say their cars have “autopilot” when, in fact, the cars do not.

The group says the term “autopilot” is misleading because consumers are over-relying on autonomous technology and that has led to several fatal crashes.

Elon Musk and Tesla have gotten away with far more than any legitimate car manufacturer should when it comes to making public statements and promises. The only question is how long it will take for agencies to definitively crackdown on the company.