Andre Drummond and the Detroit Pistons are stuck right where no NBA franchise wants to be: in mediocrity. And they’ve been anchored there for ten years straight.

As Blake Griffin’s career comes crashing down, and his contract looks more untradeable with each new surgery, it’s time for the Pistons to admit they need to rebuild.

Trade talks for Andre Drummond are heating up. @WojESPN reports Atlanta is in the mix, but should they be? What about Boston? pic.twitter.com/ddNqazNYnc

Drummond’s name has been on the trade block, and Detroit should leap at the chance to receive some talented young players or first-round draft picks in exchange. They need hope for the future, and the only way to get it is through a big shakeup.

Young Pistons like Sekou Doumbouya and Christian Wood look ready to slide into more minutes, but the Pistons still need more talent to build around. Here are five teams that could help give them a sniff of excitement in the years to come.

The newly tanking Pistons won’t have much use for Hayward, but netting “the Timelord” Robert Williams would be a nice catch. While the Celtics have publicly fawned over both players, it wouldn’t be the first love declaration gone awry in Boston.

This man was putting up record breaking numbers in blocks for us.

When Robert Williams comes back he will make a huge statement. #TimeLord pic.twitter.com/GfwGgLrjMy

They’re already stocked at the wing with Jayson Tatum and Jaylen Brown, so they can afford to part with Hayward. Danny Ainge would need to accept that All-Star centers don’t just fall into your lap, and sometimes you need to let go of intriguing young talent. This trade makes Boston better and gives Detroit another big to build around for the future.

The Hawks are the team most prominently mentioned in Drummond trade talks. They’re loaded at the wing, and Detroit could use some help there. Drummond would bolster their defense and allow John Collins to focus more energy on offense.

Detroit would get a shot at two young perimeter players to join Bruce Brown Jr and Luke Kennard. If the Hawks want to keep one of these proposed trade chips, they could sub in a first-round draft pick to get the deal done.

There are no rumors around Golden State having any interest in Drummond, but they’d be smart to move D’Angelo Russell for someone who makes more sense for their team. 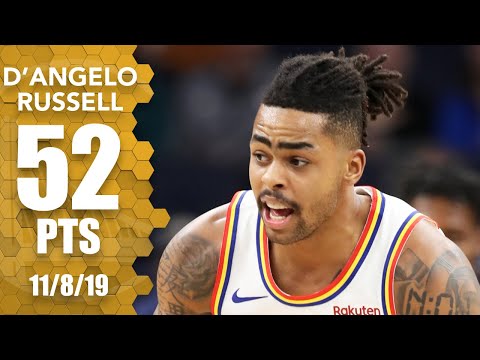 Drummond would give the Warriors their first impact center who has health and age on his side. He would be the ultimate rebounder to help spark fast breaks and clean up after the rare Steph Curry miss.  He gives the Warriors a championship-caliber lineup when healthy.

Dallas gets a third piece to join their dynamic duo. Detroit gets a center and point guard for their future. This trade would be a major win for both sides. Luka Doncic is ready to compete for a title now, and Drummond is the type of do-it-all center that could fill in the gaps behind Kristaps and Luka.

This trade would give the Mavs the D’Andre Jordan-in-his-prime player that they embarrassingly failed to secure in 2015.

Parting with Anunoby would be painful, but adding an All-Star center on a similar timeline as Pascal Siakim and Fred VanVleet would set the Raptors up nicely for the new decade. They could keep Kyle Lowry and still defend their championship this year.

Watch some of OG Anunoby's best plays from the past week! 🇬🇧🦖 pic.twitter.com/5WcwTZykZX

While Drummond’s passing and overall basketball IQ are still catching up to the wily veteran Marc Gasol, his athleticism and rebounding would more than compensate.