3 Ways U.S. Banks Damaged the Economy Worse Than the Coronavirus

A hedge fund manager recently said banks could be coronavirus “heroes,” but the pandemic merely lit up the powder keg that the banks had already packed.
PHNjcmlwdCBhc3luYyBzcmM9Imh0dHBzOi8vcGFnZWFkMi5nb29nbGVzeW5kaWNhdGlvbi5jb20vcGFnZWFkL2pzL2Fkc2J5Z29vZ2xlLmpzIj48L3NjcmlwdD4KPCEtLSBUb3AgQXJ0aWNsZSBDQ04gLS0+CjxpbnMgY2xhc3M9ImFkc2J5Z29vZ2xlIgogICAgIHN0eWxlPSJkaXNwbGF5OmJsb2NrIgogICAgIGRhdGEtYWQtY2xpZW50PSJjYS1wdWItNjQ3MjA2OTY5MzY1NzE0MyIKICAgICBkYXRhLWFkLXNsb3Q9IjU4NDY0ODIyMjMiCiAgICAgZGF0YS1hZC1mb3JtYXQ9ImF1dG8iCiAgICAgZGF0YS1mdWxsLXdpZHRoLXJlc3BvbnNpdmU9InRydWUiPjwvaW5zPgo8c2NyaXB0PgogICAgIChhZHNieWdvb2dsZSA9IHdpbmRvdy5hZHNieWdvb2dsZSB8fCBbXSkucHVzaCh7fSk7Cjwvc2NyaXB0Pg==

Earlier this month a U.S. hedge fund manager suggested U.S. banks have the opportunity to be “heroes” of the coronavirus crisis. Nick Ford, a manager at Premier Miton Investors, said:

Bear in mind that banks are the transmission for the systems getting money to people in difficulty. I think there’s a huge opportunity for the U.S. banking system to come out of this as very much the good guys — as the heroes.

He said that’s a big “silver lining” for banks despite the pandemic’s devastating hit to their earnings. But the only way banks will come out of this looking like heroes is if the entire country closes their eyes.

The finance industry damaged the economy worse than coronavirus. It has the same legendary greed and systemic malfeasance that caused the 2008 financial crisis. And that led the banking industry to put the U.S. economy in a perilous position to face a crisis like the coronavirus.

Here are three reasons why.

The Fed Created Another Finance Bubble

We think of the U.S. as a capitalist country. In many ways, it is. But ironically enough, its capital markets are ruled by a socialized finance sector.

Banking is one of America’s most socialized industries. Finance in this country is centrally planned by a government politburo called the Federal Reserve.

Do you think single-payer health care is socialist? We work in a single lender system that sets interest rates for lending by command, rather than letting the free market determine rates.

The Fed is that single lender, and it lends money at such low-interest rates that banks are incentivized to foray into risk assets like the stock market and unsecured consumer loans.

The low rates send the banks taking on unreasonable risk for profit. And they’re doing it with the Fed’s never-ending flow of money, so why not?

Plus they get a bailout when the risk comes home to roost every bust cycle. 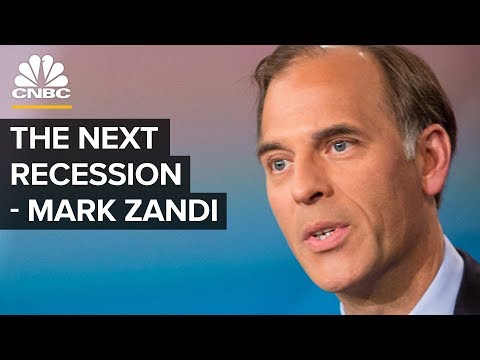 The banks in this country took on a massive amount of risk leading up to the coronavirus crisis. It was unprecedented even by the subprime mortgage crisis.

By the time coronavirus struck America and paralyzed the entire economy, we were in the worst possible position to weather such a storm. America is in debt past its eyeballs.

Housing debt, non-household consumer debt, corporate debt, and government debt blew up to levels beyond what led to the 2008 financial crisis and worldwide Great Recession.

Coronavirus was merely the catalyst that sparked that powder keg of debt.

World authorities promised us “macro-prudence” after the crisis a decade ago. But what we got was more extreme monetary expansion by central banks and another bubble.

As the recovery from 2008 stretched toward its eleventh year, analysts said the record stock valuations and sky-high debt bubble were safe. They said everyone was working hard, so we’d be able to pay it all back. The hubris was like people calling the Titanic unsinkable in 1912.

The good years should have been the time to deleverage from all that debt. The banking system ramped it up to unprecedented levels. 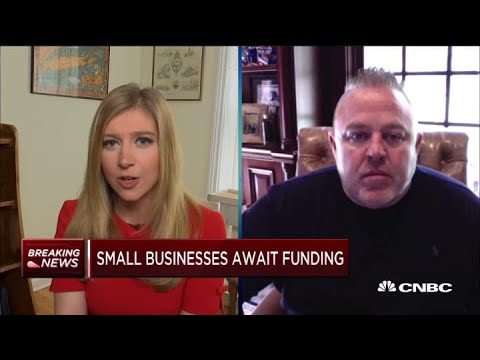 Now that the system’s cracked, the Federal Reserve is pouring multiple trillions of dollars into the economy. And it goes through the banks, that lend it for profit.

Worse, Congress is using the banks to deploy its CARES Act small business loan funds. And they’re not sharing it with struggling mall businesses that need the money.

Instead, JP Morgan, the nation’s largest bank, gave the loans to its biggest customers:

JPMorgan Chase & Co. provided loans to virtually all of its commercial banking customers that sought financing through the small business relief program, while the lender’s smallest customers were almost entirely shut out, according to data disclosed by the bank.

What’s more, the banks earned a cool $10 billion in fees to give away the taxpayer’s money to all their best business friends while shutting out small businesses.