Virgin Galactic (NYSE: SPCE) is a stock that investors want to believe in. It’s a pioneer in space tourism. And it’s the only publicly-traded game in town since Blue Origin and SpaceX are both private.

That’s why the startup has seen its market cap rocket to $6.6 billion despite having massive operating losses and negligible revenue.

But behind the glitz and glamor lie some serious red flags. Management has provided optimistic projections that they will be hard-pressed to fulfill.

Something Is Fishy About Virgin Galactic Stock

Virgin Galactic’s recent move upward coincides with CEO George Whiteside’s public appearance on CNBC’s “Squawk Alley,” where he spoke about the company’s progress towards sending its first tourists to space.

While Whitesides, a former chief of staff at NASA, seemed optimistic, he stopped decidedly short of giving a timeline for commercial operations. 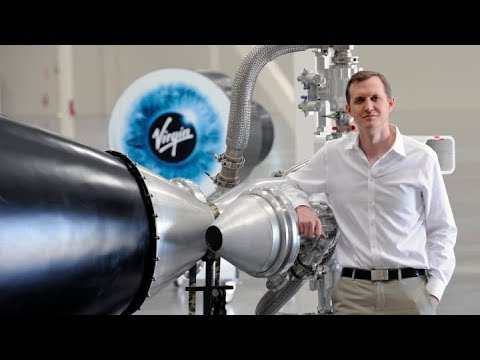 When asked if Virgin Galactic will be ready to take tourist to space by summer, he hesitated:

In this business, we have to take every step — step by step and do it safely. Yesterday’s flight was huge in the sense that we took our beautiful spaceship down to spaceport America and it was a really important flight. And now what we can do is we’ll check out the vehicle and we’ll start moving through our progression of tests.

This cautious commentary is prudent. But it is in stark contrast to the forecasts the Virgin Galactic put out when it first went public.

In a corporate presentation that is now suspiciously absent from Virgin Galactic’s website, management claimed that they could start commercial operation by June 2020. They further projected a 580% jump in revenue from $31 million to $210 million between fiscal 2020 and 2021, as well as EBITDA profitability by 2021.

Is management walking back the projections they made for 2020? If they are, that should be a massive red flag for investors.

That name alone is creepy, but the weirdness doesn’t end there. By going public in this way, Virgin Galactic may have bypassed some of the strict listing requirements for the New York Stock Exchange.

According to Tim Fernholz of Quartz, this type of offering allows Virgin Galactic to hide years of financial data.

What could they be hiding?

With virtually zero revenue at the time of its IPO in October, Virgin Galactic is much less mature than the typical publicly-traded company. Yet despite not generating revenue, Virgin Galactic earned $7.2 million in net income because of interest gained from a massive pile of marketable securities on its balance sheet.

The marketable securities, worth $677 million, are short term Treasuries in a trust account. Virgin Galactic inherited them when it merged with Social Capital Hedosophia. But how will these funds be used – will they benefit investors, or are they part of some obscure financial engineering strategy?

Virgin Galactic states the following in its quarterly report.

As of September 30, 2019, the Company had $48,489 in its operating bank accounts, $677,167,505 in securities held in the Trust Account to be used for a Business Combination or to repurchase or redeem its ordinary shares in connection therewith

Virgin Galactic makes no mention of using the trust account to fund business operations. And with only $48,000 in its operating bank account, Virgin Galactic will almost certainly need to rely on dilution to generate capital for the foreseeable future – especially if management pushes back the timeline for EBITDA profitability.

Investors Should Be Cautious About Virgin Galactic Stock

While Virgin Galactic is an exciting company, investors should be on high alert ahead of its Feb. 25 earnings report.

Hopefully, management will share insight on when they expect commercial operations to start and whether or not the prior revenue projections still stand. The public needs more insight into Virgin Galactic’s liquidity situation and plans for raising capital going forward.

Until then, there are too many holes in the story.

If management walks back its earlier forecasts or announces plans for massive dilution, investors should expect Virgin Galactic’s stock price to crash back to earth.