Ebby Calvin “Nuke” LaLoosh once described baseball as “a very simple game. You throw the ball; you catch the ball. You hit the ball. Sometimes you win, sometimes you lose, sometimes it rains.”

In the case of Game Four of the ALCS, it wasn’t Crash Davis setting off the stadium sprinklers that caused Wednesday’s game between the New York Yankees and Houston Astros to get postponed.

It was a pesky nor’easter descending on the Big Apple and bringing some wild weather with it. But as crazy as it may seem, both teams stand to benefit from the otherwise-unwelcome weather event. 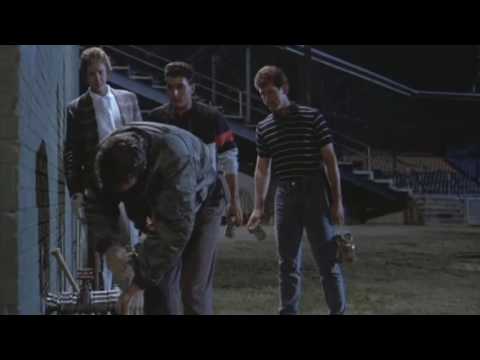 How the Nor’easter Benefits the Yankees

Yankees manager Aaron Boone had said he was planning on going with his bullpen in Game Four. But thanks to the nor’easter, he can now start Masahiro Tanaka instead. The extra day means Tanaka will get to pitch on regular rest after starting the ALCS off for the Yankees in Game One (where he only needed 68 pitches to throw six scoreless innings).

So, obviously having him on the mound is a good thing—but in this case, it’s a great thing.

The Yankees bullpen is having a stellar postseason overall (28.2 innings pitched over six games, 2.20 ERA, .167 BAA, and four home runs allowed). But Boone’s bullpen was not going to be at full strength. He had to use five guys to work through 4 2/3 innings in Game Three. He probably still could have gone with a bullpen day in Game Four, but then that would mean needing whoever started Game Five to go deeper into the game.

This way, Boone gets one of his best pitchers on the mound in Game Four and Game Five (James Paxton) on regular rest. If he needs to go to his bullpen, then they will be available as well.

With how well the Yankees have been pitching in the postseason this year, it could mean nothing. But with the power the Astros pack behind the plate, it could mean everything.

How the Nor’easter Benefits the Astros

For a team with New York’s offensive potential, that is almost as good as putting the ball on a tee and telling guys to swing away—which is what they did in Game One (Houston’s relievers threw three innings, giving up six hits and four runs).

So, much like the Yankees, the Astros could have been fine going with a bullpen day in Game Four. For Games Five, Six, and Seven, they’d have trotted out Greinke, Cole, and Verlander. But now they have the chance to get one of the best pitchers in baseball (Greinke) back on the mound even sooner.

Yes, Greinke has been shelled hard in his two postseason appearances—but that just means he is due.

So who benefits most from the nor’easter-related ALCS delay?

Is it the Astros since they can get their big three rotation back on the mound? Or is it the Yankees since they do not have to risk overtaxing their bullpen? The answer to that question is both. Both teams are going to be better prepared now that Game Four of the ALCS is on Thursday night.

In the end, that means the fans come out on top. Why? They get to enjoy another game between two of baseball’s best at full strength.

Travis Pulver
Travis is a writer based in the United States who has been writing about sports, primarily the NFL, NCAAF, NBA, NCAAM, and MLB. He's worked as a writer for the last 12-13 years. If you want a spirited debate about anything having to do with the NFL or any sports team from Texas, he's your man. You can contact him at top4209@yahoo.com or at LinkedIn.
Subscribe
0 Comments
Inline Feedbacks
View all comments
← PreviousXFL Subjects Players to NFL-Style Meat Grinder for 89% Less Salary
Next →Tanking Dolphins Reward Kenyan Drake for Rescuing Winless Season